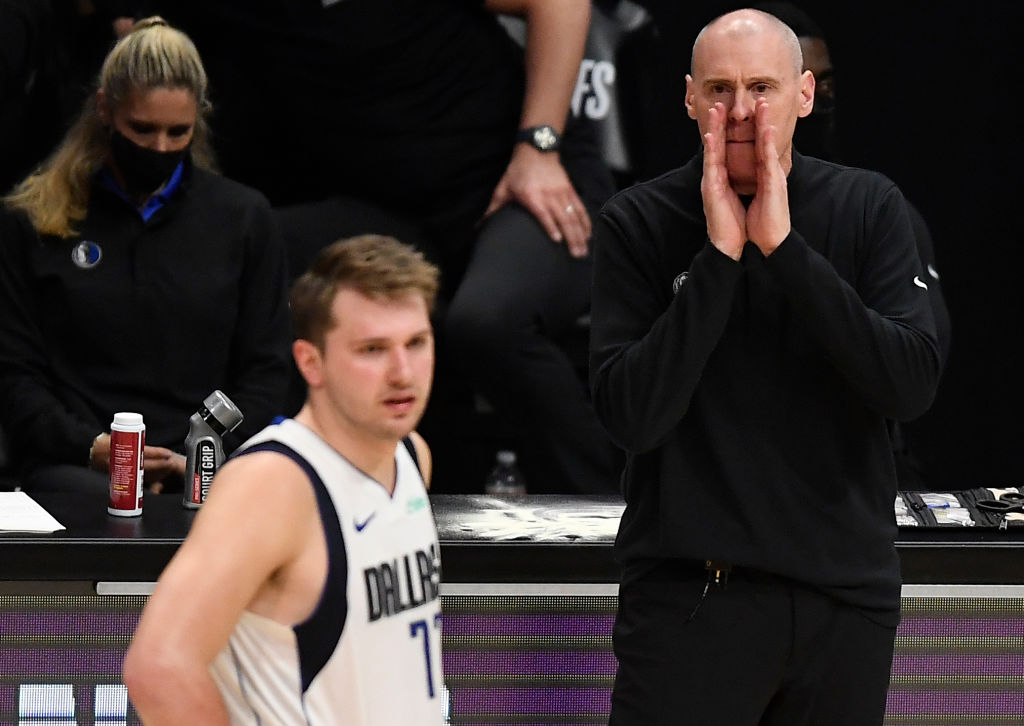 After the Dallas Mavericks were handed a first-round exit in the 2021 NBA Playoffs, going from underdogs to favorites while facing an elite Los Angeles Clippers team, questions swirled throughout the media and NBA fans as all weighed in on what the Luka Dončić-led club may need.

While the roster construction has been at the head of the discussion, with many believing that the European sensation needs more talent around him to succeed, Mavericks head coach Rick Carlisle wasn’t spared from the criticism either.

A well-respected head coach who is most known for leading Dallas to a NBA championship in the first year of the Miami Heat’s “Big Three” Era, Carlisle was asked if he believes he’s still the right coach to lead the organization after 10 seasons without winning a playoff series.

“That’s a question you’ll have to ask Mark (Cuban). I obviously do, but I’d text him and see what he has to say about it,” Carlisle said.

Mark Cuban tells ESPN that he will not consider a coaching change. “Let me tell you how I look at coaching. You don’t make a change to make a change. Unless you have someone that you know is much, much, much better, the grass is rarely greener on the other side.” https://t.co/Rmr1411xBl

“Let me tell you how I look at coaching,” Cuban said. “You don’t make a change to make a change. Unless you have someone that you know is much, much, much better, the grass is rarely greener on the other side.”

Carlisle (61), has been the Mavericks head coach since 2008, amassing a 513-448 record while winning a title over the Heat’s super-team in 2011. In his 13 seasons with the organization, Carlisle has led the Mavericks to nine playoff appearances.

However, Carlisle has not seen the same success since the championship, failing to advance past the first round in six postseason appearances, and missing the playoffs in the other four seasons.

This season ended in deja vu for Dallas, losing back-to-back opening rounds to the Clippers after facing the same fate in 2020 (although this series ended in seven games as opposed to six).

The Mavericks became just the fifth NBA team to lose a series in which they won both Games 1 and 2 on the road.

With Carlisle under contract for the next two seasons, the organization will turn to flipping the roster and surrounding Dončić with the adequate pieces to make a deep run.