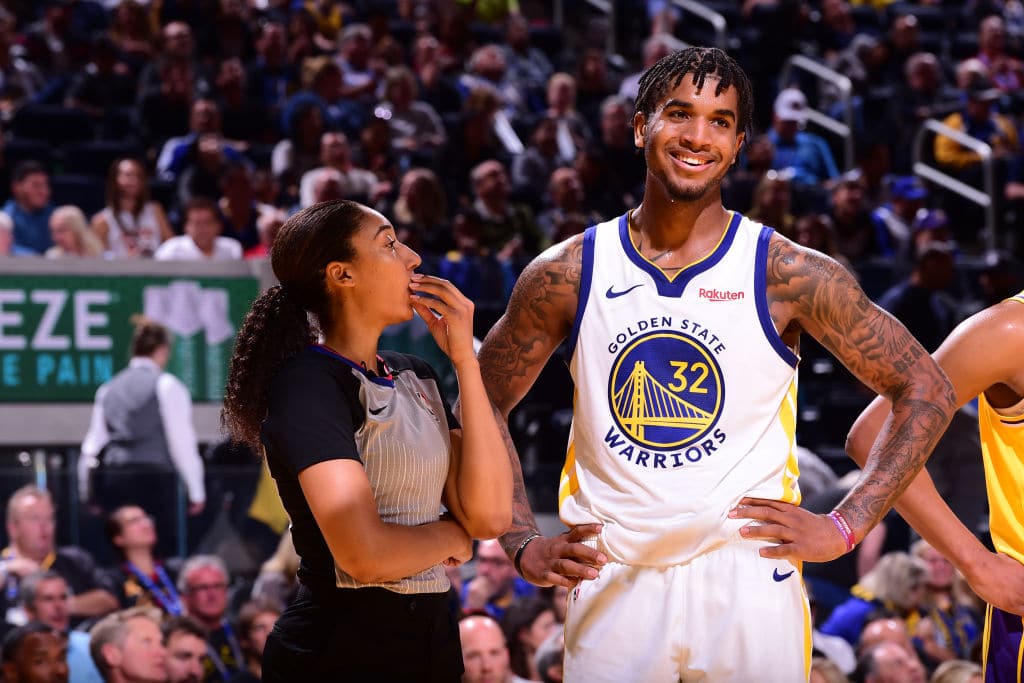 The Golden State Warriors, desperate for depth in their injury-depleted frontcourt, have just the type of reinforcement they need in the form of 22-year-old lottery ticket Marquese Chriss. To keep him on the roster into the regular season, however, they may have to make some difficult choices.

As Wes Goldberg of The Mercury News lays out, the Warriors are hard-capped due to the sign-and-trade deal through which they acquired D’Angelo Russell. That means if they’d like to retain Chriss through to the regular season, thus activating his salary cap hit, they’d need to recoup that money elsewhere.

Many of these players are waived prior to opening day when rosters shrink from 20 players down to 15 players (plus two two-way players) but Chriss is one of a select group who made enough of an impact on their team to make a case for a larger, more permanent role.

Chriss has started for the Warriors in the preseason and averaged 8.0 points, 8.5 rebounds and 4.0 assists per game through two contests.

In order to accommodate him on their regular season roster, the Dubs could use several methods.

As Goldberg outlines, the Warriors could waive Alfonzo McKinnie, whose non-guaranteed deal resembles $1.6 million worth of cap relief. They could re-allocate that money to Chriss and lock in the healthy body they require to fill in for the injured Willie Cauley-Stein and Kevon Looney.

McKinnie, however, is a valuable asset in his own right, an experienced wing that’s already pegged to help make up for the loss of Klay Thompson, another Dubs rotation player out with a significant injury.

Another option for the Warriors would be to offload salary in a trade, dangling a second-round draft asset as bait if necessary, but that process comes with its own complications. A number of Dubs players can’t be traded until December due to the fact that they just signed new contracts over the summer.

Goldberg suggest another option, which would involve the Warriors freeing up one of their two-way slots, signing Chriss into one of those positions then riding out his 45 days of permitted big league experience past the December 15th date at which they can trade their recent free agent additions. Doing so would open the possibility of moving a player like Glenn Robinson III or Alec Burks.

Such is life for a team with the fortune of being both hard-capped and ravaged by injury.

Regardless of how the Warriors decide to fill their temporary hole at the five, the 8th-overall pick in the 2016 NBA Draft has shown that he’s a capable, healthy young player.