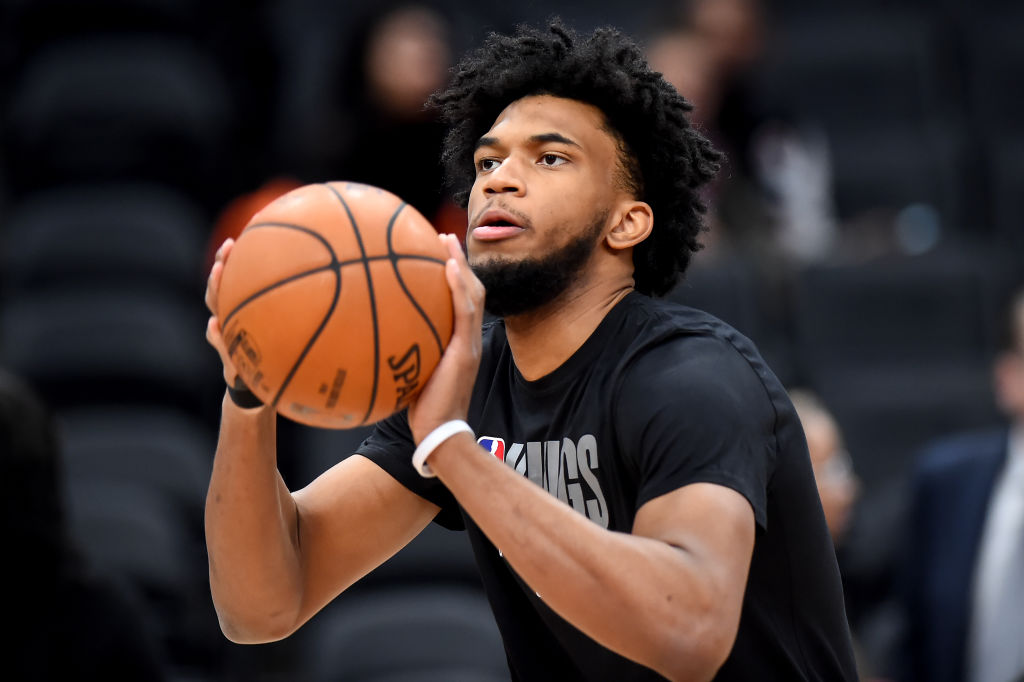 It’s been six and a half weeks since Marvin Bagley III broke his thumb in the Sacramento Kings’ season opener. Now, the 20-year-old has been cleared for contact practice and seen his injury status officially upgraded to questionable.

The Kings have struggled with their promising second-year big sidelined and sit just 13th in the Western Conference with an 8-13 record. With Bagley III’s return right around the corner the team could soon see their fortunes change.

Bagley III averaged 14.9 points and 7.6 rebounds for Kings during his first NBA season and will look to shift back into the team’s frontcourt rotation as if he never left.

While players like Richaun Holmes have produced admirably in Bagley III’s absence, this is the player that the franchise chose second overall in the 2018 NBA Draft.

According to Jason Jones of The Athletic, Bagley III has maintained game level conditioning but he isn’t quite comfortable with the strength in his injured right thumb.