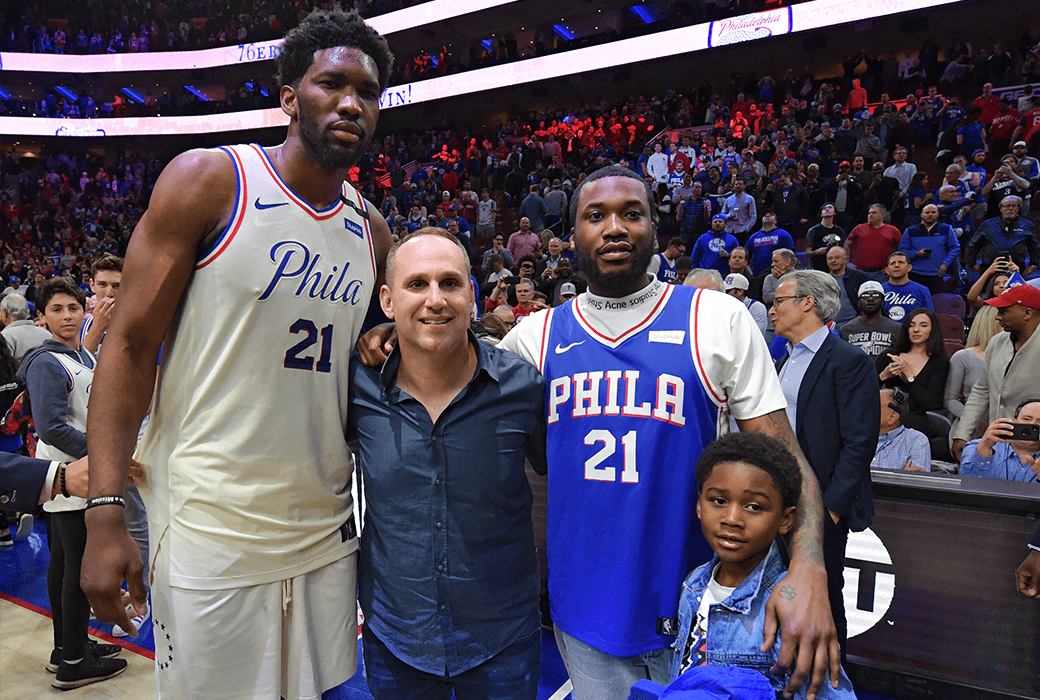 Meek Mill stole the show when he went straight from prison to the Philadelphia 76ers’ series-clinching over the Miami Heat by way of Sixers co-owner Michael Rubin’s helicopter.

The 76ers went on to advance to the Eastern Conference Semifinals in Boston and it looks like Meek Mill is going to follow his beloved hometown squad:

Kraft, the owner of the NFL’s New England Patriots, visited Meek in prison on April 10 and was a vocal supporter for his release.