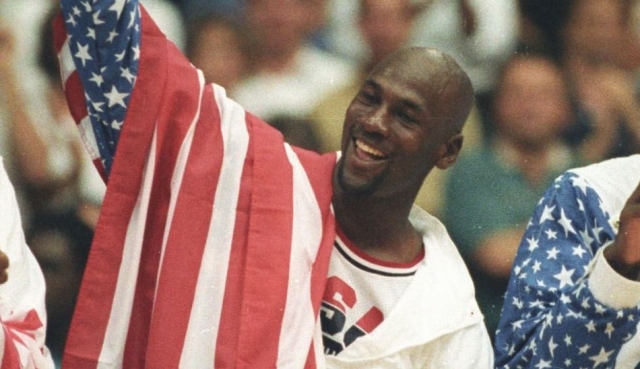 This HOF acceptance speech better be as fire as the original, Mike.

FIBA announced Friday that Michael Jordan headlines the 2015 Class of Inductees to be enshrined into its Hall of Fame this Fall.

MJ, the proud owner of two Olympic Gold Medals, will be honored along with eight other international hoops greats.

Along with Jordan, the contingent of players also includes national icons Antoine Rigaudeau of France, Lithuania’s Sarunas Marciulionis, Vladimir Tkachenko of Russia/Ukraine, Cuba’s Ruperto Herrera Tabio and Anne Donovan of the USA. […] They are joined by legendary coach Jan Stirling of Australia.

Between the seven of them, the players and coach combine for 13 Olympic medals and 7 appearances on the podium at FIBA’s flagship world competitions (FIBA Basketball World Cup and FIBA Women’s World Championship). […] Technical official Robert Blanchard of France and contributor Noah Klieger of Israel round out the impressive list.

The six former players, one coach, one technical official and one contributor will be honoured during a ceremony taking place at 19:00 (CET) at the Theatre of Hotel Casino Barriere in the French northern city of Lille. The newest members of FIBA’s Hall of Fame will then be presented during halftime of the EuroBasket 2015 Final on Sunday 20 September.