The ’96 All-Star Game will forever be remembered for two things: Michael Jordan returning to the midseason showcase, and the audacious design of the jersey he donned in doing so. 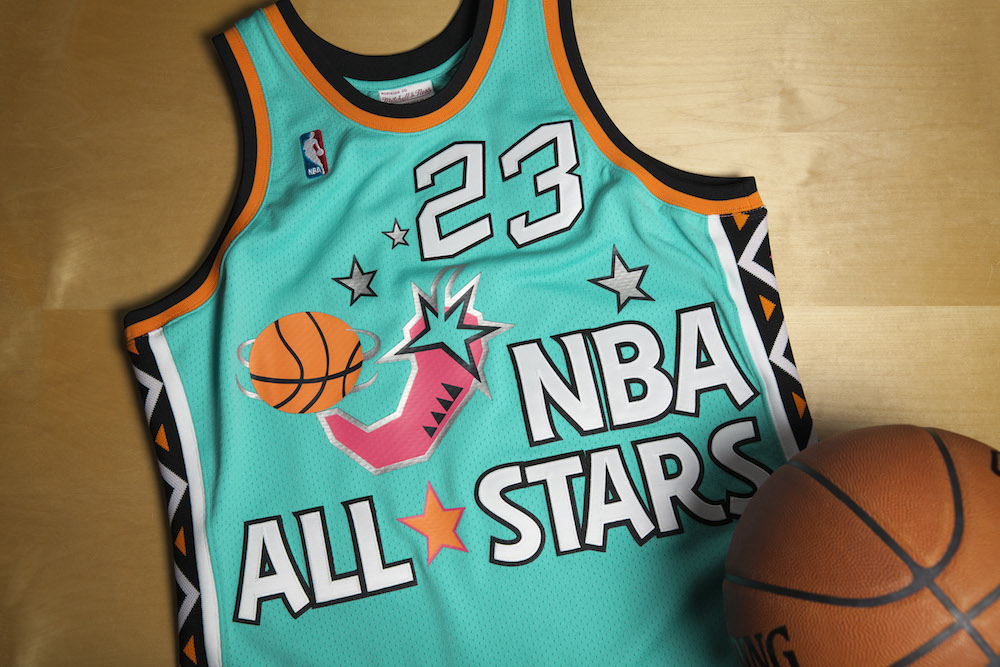 Anyone old enough to remember sports uniforms in the 1990s will recall how a certain non-traditional color trend was having its moment.

By any measure, the moment was pretty weird.

In the early-to-mid ’90s, expansion teams and relocated franchises in every major American sport broke out jerseys in variations of aqua, seafoam and teal. The NBA was no exception, as the expansion Vancouver Grizzlies memorably rocked turquoise as their primary color when they joined the League in 1995. But such trends by their nature don’t last, and much like the Grizzlies in Vancouver, most teams (and fans) eventually moved on.

It was in the midst of that kind-of-blue period that the NBA decided to capitalize on the buzz. The site was San Antonio, where the Alamodome played host to the 1996 All-Star Game. And the look…well, the look was something else. The ’96 jerseys clearly drew inspiration from a recent predecessor: the ’95 All-Star version, which featured a blue-green cactus over an orange star, all on a field of purple (that other trendy color of the era). The ’96 unis borrowed heavily from that graphic ensemble, exchanging purple for something in that aqua-blue range and swapping out the star-and-cactus for a basketball spinning on—as far as anyone can tell—a pink chili pepper.

If it were only about the aesthetics, that ’96 look might be best remembered as a novelty: the time-capsule colors, the oversized lettering, the jagged numbers slightly askew. But then one particular player changed everything, transforming that jersey from novel to iconic simply by pulling it over his head. Not for the first time, Michael Jordan was the guy who changed the game. 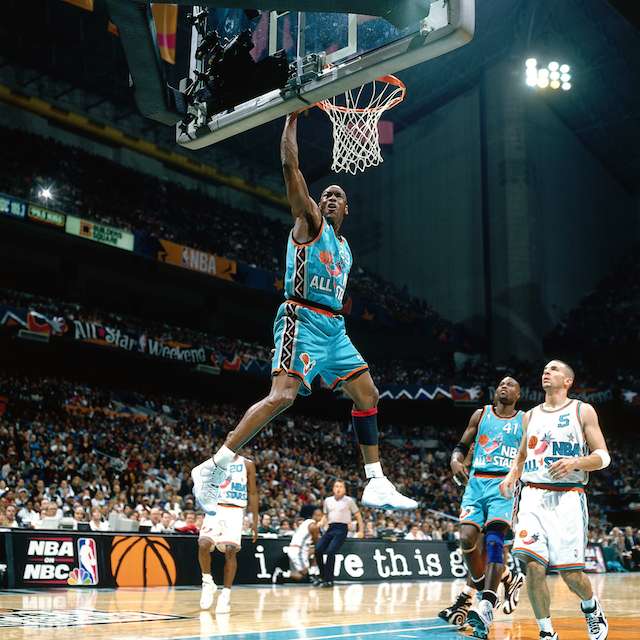 A look at his relatively modest stats—20 points, 4 rebounds, an assist, and a steal—don’t begin to do justice to the Jordan buzz that night in San Antonio. It was his 10th All-Star appearance, but his first since returning from a shocking retirement two-and-a-half years earlier. He wasn’t that year’s top vote getter (that was East teammate Grant Hill) or the game’s leading scorer (Shaquille O’Neal would finish with 25 points), but his mere presence was the game’s biggest story.

The game itself was a bit of a yawner. Jordan’s East squad took a 3-point lead into the half and blew the doors off after intermission, leading by 22 going into the fourth and coasting to a 129-118 win. The only minor suspense came at the end, when the Most Valuable Player award was handed out: Many figured Shaq had earned it with a 25-point, 10-rebound double-double. But it was Jordan, for the second time in his career, who brought that particular trophy home.

Of course, it wasn’t the last bit of hardware MJ would collect that season at Shaq’s expense. A few months later, Jordan’s Bulls would sweep O’Neal’s Magic en route to the ’96 NBA Championship, the first of another three-peat for the Chicago dynasty. If anyone still had doubts about Jordan’s place in the league he had temporarily left behind, they were answered emphatically that spring: with a fourth regular-season MVP award, with his league-best 30.4 ppg, and with his fourth NBA title.

The rest, of course, is legend, including the 14 career All-Star appearances that would’ve been closer to 20 if not for his multiple retirements. The 1996 game might not stand as his most memorable, but for so many reasons—not least being the eye-popping uniform that perfectly captured that moment of mid-’90s sports fashion—it has earned its place as part of the Jordan legend. 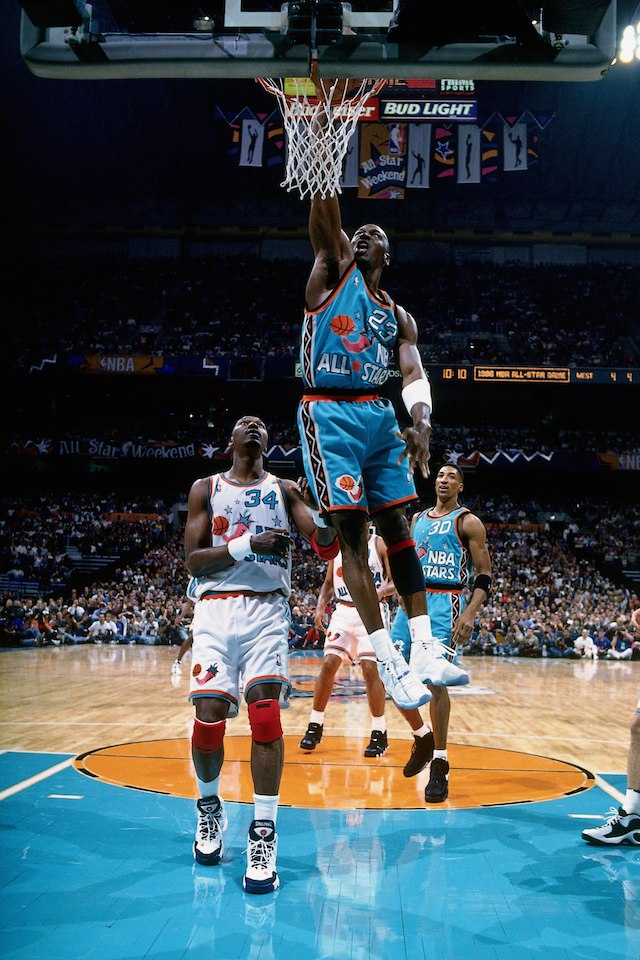