Michael Jordan Says Russell Westbrook is Him ‘Thirty Years Ago’ 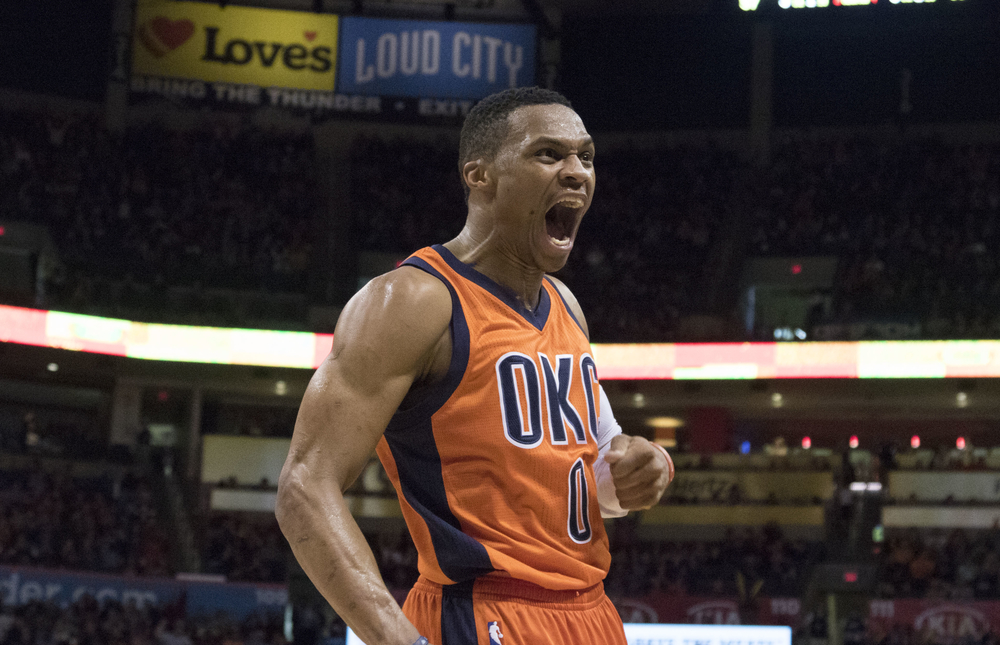 Assuming he remains healthy, as the unquestioned franchise player in OKC, Russell Westbrook should put up even more monster numbers for the Thunder next season.

Michael Jordan knows a thing or two about that, and says Russ reminds him of his much younger self.

MJ—who, by the way, averaged a career-best 37.1 points thirty years ago during the 1986-87 campaign—spoke in glowing terms about Westbrook at a recent Jordan Brand event in Las Vegas.

The film, which included clips of (designer Tate) Kuerbis and Westbrook and even Michael Jordan himself discussing the new shoe, also focused plenty on Westbrook, who will be the shoe’s primary endorser. Westbrook, who’d never seen it before, knelt on the couch facing backwards, poking his head out from the curtains to watch his own highlight-reel clips on the big screen. Then they cut back to Jordan. “Thirty years ago, that’s me,” he said of Westbrook. “The attitude, trying to prove myself, showing so much passion for the game of basketball. You see it in his play. You can tell he loves the game, he plays with energy and flair.”

This certainly wasn’t the first time Westbrook had been compared to a young Jordan, but for Michael himself to do it, well, that was different. “That’s crazy,” he told us during his interview. “I really don’t know what to say. To have the best player who ever played the game to say that about you as a player and as a person is something that is going to keep me striving.”

Like the young Jordan, Westbrook will now have to do everything for his team to remain competitive, and like the young Jordan, he’s more than capable of it. Last year Westbrook averaged 23.5 points, 10.4 assists, 7.8 rebounds and 2.0 steals, and equaled Magic Johnson’s modern NBA record of 18 triple-doubles. He played with—plays with—an intense ferocity that leaves stunned defenders in his wake, and occasionally leaves teammates just as shook.