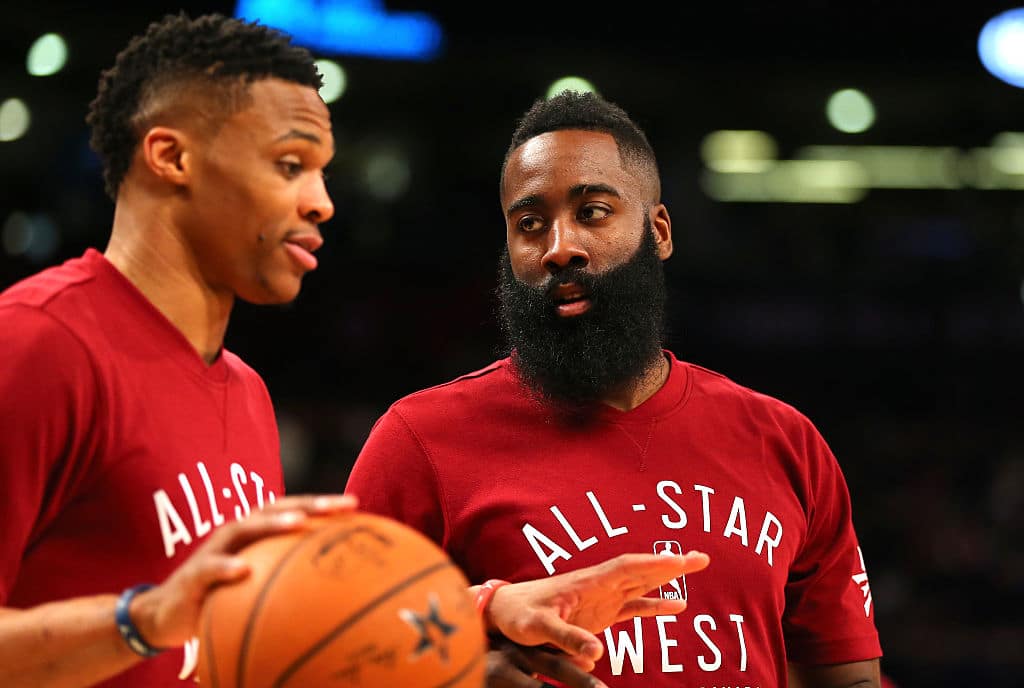 Rockets head coach Mike D’Antoniis amped for what he believes will be a “great year” in Houston, with his team as “one of the favorites in the West, if not the favorite.”

Chris Paul is “going to be sorely missed,” according to D’Antoni, who adds that he can’t wait to work alongside the force of nature that is Westbrook.

“That’s what great players do,” D’Antoni said. “Great players figure it out. They make it work.

“I go back to USA Basketball,” said D’Antoni, an assistant on the 2012 Olympic team that included Westbrook and Harden. “You have all those guys, and all of them have the ball in their hands. When you want to make it work, they all did. You’ve got the best team in the world with all that talent — nobody stepped on anybody’s toes. It was great. It’ll be the same thing.

“You only get problems when the chemistry is not right or they don’t want to be there. I’m excited about it, and I think the pairing will work.”

D’Antoni also cited Westbrook’s strength as an explosive ballhandler. Harden led the NBA and Westbrook was third in drives per game, but Westbrook led the league by far in assists off drives.

“I think he’ll have a lot more room to get to the rim,” D’Antoni said of Westbrook. “He’s going to find a way to be devastating. He always has. That’s the way great players are. It makes my job a lot easier. We’ll try to maximize their potential and get the most out of everybody on the floor. He’s going to help with the rebounding and playing with such athleticism. That’s probably something we missed: the athleticism. He’ll bring that dynamic. He’ll bring a force to the table.”