D’Antoni Says Nash Could Have Been More Dominant 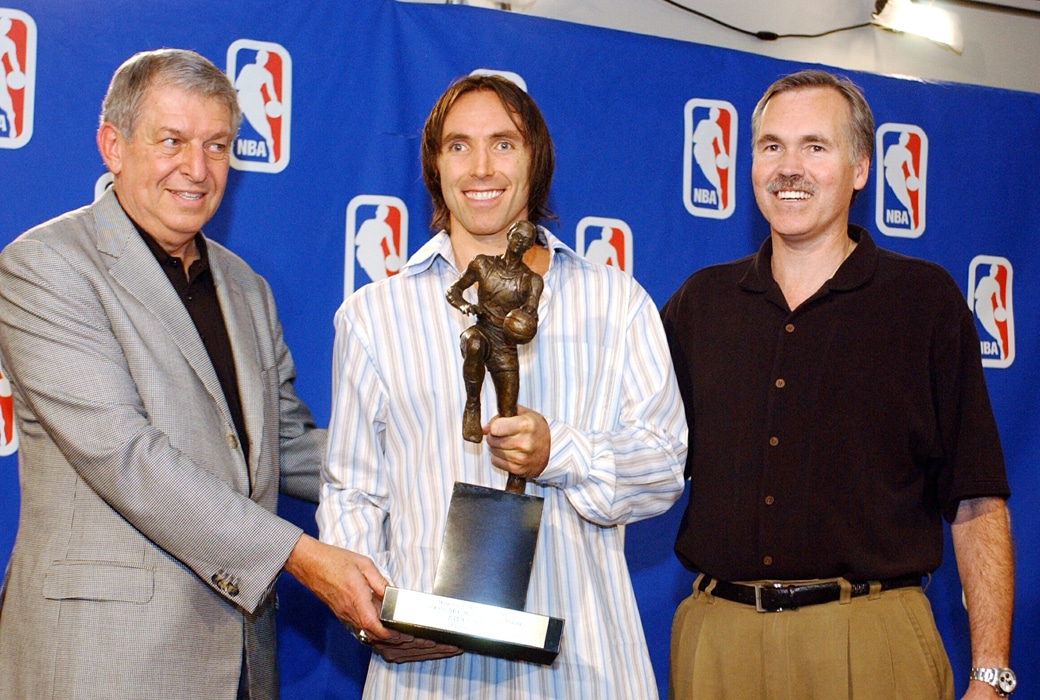 Mike D’Antoni says that two-time MVP Steve Nash could have been even more dominant with the Suns if he played with a shoot-first mentality.

In a story by ESPN’s Tim MacMahon, D’Antoni said Nash “could have averaged 30 for us,” but he didn’t push Nash to be more aggressive.

As great as Nash was during their four seasons together, winning a pair of MVPs and twice taking the Suns to the West finals, D’Antoni believes he could have been more dominant if he hadn’t been so determined to be a traditional point guard.

“Oh, without a doubt, I screwed that up,” D’Antoni said. “Nash was a purist. Steve’s a Hall of Fame point guard. He was unbelievably good. I just think instead of averaging 15 or 16 [points], he could have averaged 30 for us. He was that good of a shooter, and I don’t think it would have screwed the team up.”

RELATED:
Steve Nash: ‘To A Fault I Was Almost Too Much Of A Facilitator’