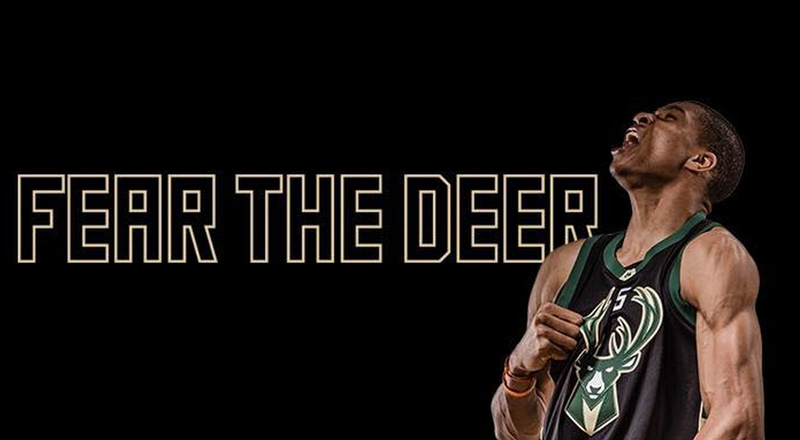 As if the Milwaukee Bucks’ summer rebrand wasn’t already a resounding success, the team introduced black “Fear The Deer” alternate uniforms on Saturday featuring the re-designed stag head in the middle of the jersey.

They’re scheduled to wear the uniforms at least four times this season on a dope alternate court.

The @Bucks will be 1st team to play on "alternate" court, leased for 4 games for "Fear The Deer" promo nights pic.twitter.com/p9L3nKFQ6X

The “Fear The Deer” alternates figure to be one of the hottest uniforms seen on the court this season, which is fitting for a young Bucks team with tons of potential.