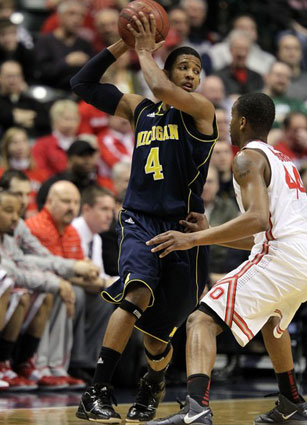 The Trail Blazers appear to be at a crossroads, of sorts. Aging veterans, seemingly with some gas left in the tank, and looming contract situations at positions such as point guard and center make this selection all the more important in terms of the future direction of the organization.

A bad pick here could possibly have dreaded long-lasting ramifications.

Case in point, Andre Miller is on the downside of what has to be considered a particularly solid career thus far. We’re not writing him off, mind you. That would be absurd, plain and simple, especially given the fact he’s been able to consistently run the show over the years. Bottom line: Miller is in the final year of his contract. The time has come to think about a back-up plan.

Another example is Marcus Camby. Love the guy, he’s a consummate professional. Always has been. Always will be. It is, however, worth mentioning that the big man has been bitten by the injury bug on numerous occasions in the past, too many to count. Camby hasn’t played an 82-game regular season since entering the League. The risk factor must be taken into account.

In terms of the floor generals still available, there’s plenty to choose from.

In the middle, Greg Oden is in the mix, of course, it’s tough to give up on him considering how much is already invested. That said, we’ve come close to reaching decision time and staring at us, square in the face, is Donatus Montiejanus. And the Lithuanian is an intriguing prospect.

Montiejanus brings plenty to the table, mind you. He’s a versatile lefty with size, a 7-footer who tips the scales at 225-plus pounds. He has a nice touch from out on the perimeter, and from time to time, has been known bang down underneath the basket. There’s a lot to like about him.

Nevertheless, we digress. Point guard is the play for us, can’t pass up this kid.

With the 20th pick of the 2011 SLAMonline Mock Draft, the Portland Trail Blazers select…

The prevailing wisdom here is, Morris won’t have to come in and be a major contributor right away. If he’s an attentive understudy to Miller, a factor we’re banking on due in large part to him having a high basketball IQ, Morris could be the ready to assume added responsibility sooner rather than later. We don’t look at him as project. Morris is merely another piece to the puzzle.

For those searching for a little background on Morris, look no further. The 6-4 guard enjoyed a two-year stint as a starter for the Wolverines. Last season, as a sophomore, he took his game to the next level and averaged 15.2 points, 6.8 assists and 4.0 rebounds per game.

Accordingly, Michigan made a run in the NCAA Tournament, falling one game short of the Sweet 16. Essentially, Morris played his way into the first round of this mock draft.

In terms of his future, his upside appears to be limitless, especially under the guidance of a veteran such as Miller. The similarities between the two many, striking some might say.

Both are born and bred in Los Angeles, having attended high schools that are, remarkably enough, less than 15 miles apart. Miller went to Verbum Dei. Morris attended Windward.

Both are well-known for being more physical than your average distributor.

Both are not often mistaken for someone who possesses one of the most lethal strokes from the outside, although Morris appears to be a bit more polished now than Miller ever was.

Both are unselfish. Pass-first is a motto they share. Assists trump buckets.

Both are aggressive by nature and can to get the basket when called upon.

Turns out, the decision to draft Morris was one those proverbial no-brainers.

We feel good about the pick. Under the tutelage of Miller, all signs point to Morris having the potential to carve out his out own niche and enjoy a productive career in the NBA.

SLAMonline had the chance to sit down with Darius Morris over the weekend and ask him about how things have been going in anticipation of the 2011 NBA Draft on June 23 in Newark, New Jersey. He also spoke candidly about the possibility of being drafted by Portland.

SLAM: What’s good, you ready to take the next step, ready for the League?

Darius Morris: I’ve worked hard to get to this point. Life is surreal, I’m blessed to be in this position. I’m about to realize one of my biggest dreams. It’s crazy. I’m ready though.

SLAM: Looks like you are ready for the NBA, the draft gurus have you pegged as a first-round pick. You even have a nickname. Heard that Demetrius Calip, a former Michigan Wolverine, started calling you D-Mo. What’s up that?

DM: Yeah, D.C. told me that I needed to have a brand, that’s where the D-Mo thing comes from. It just happened, the name has stuck with me ever since. At Michigan, the fans used to chant “D-Mo, D-Mo, D-Mo,” whenever I was on the floor. My mom says my name is Darius, but I can’t tell people to stop calling me D-Mo. It works, I guess.

SLAM: Enough with the off-the-court stuff. How about on the court, have you had the opportunity to take part in any pre-draft workouts?

DM: I didn’t know what to expect at first. Then, you get used to how things work and build confidence. It’s like a long job interview. You have to impress your potential employers at all times.

SLAM: Do you have any other pre-draft workouts coming up?

DM: I’ve got a West Coast trip lined up with Oklahoma City, Denver and Portland.

SLAM: Speaking of the Trail Blazers, how would you feel if they drafted you with pick No. 21?

SLAM: You guys have the same type of game, heard that before?

DM: Yeah, people say we have a lot in common. People say I remind them of Andre Miller. I’m honored to mentioned in the same sentence as him.

SLAM: If things don’t end up materializing in Portland, and a different team ends up drafting you, what can we expect from Darius Morris during his rookie season?

DM: Some guys get thrown into the fire in their first year, others guys get time to develop. I’m ready for whatever comes my way. I’ve put in the work. I’m prepared. I can’t wait for my name to be called. 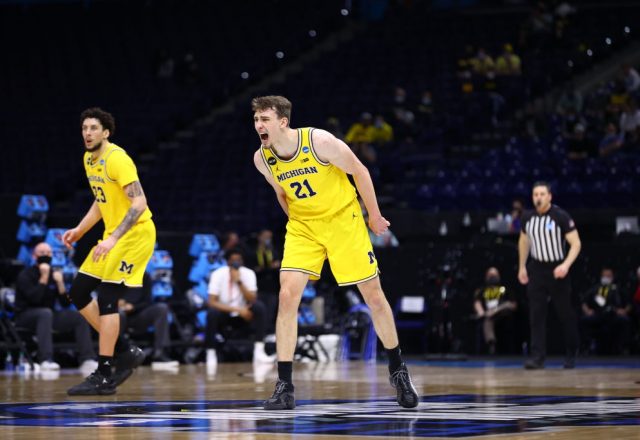