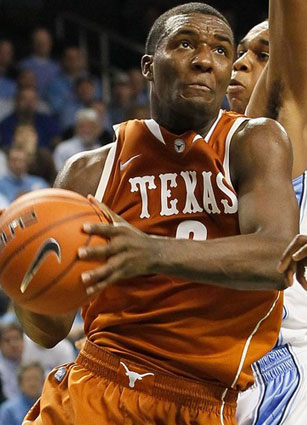 The ‘11-12 season looks to be quiet promising for the Washington Wizards, and the goals we have as an organization have been set by following the blueprint of other upstart teams across the Association. We’ve seen in San Antonio and Oklahoma City that if you can be wise in the player personnel process that the return on investment can be exponentially awesome. Here in DC, we believe that we have the makings of a similar blueprint, with the phenom John Wall becoming more than just a master of dance dance revolution and talented wing players like Jordan Crawford and Nick Young coming into their own as stars.

Our backcourt and wing players look to be pretty stable for the next few years, but outside of JaVale McGee (who we hope and pray becomes some blend between Marcus Camby and Tyson Chandler) we are hoping that someone steps up from the black hole which is our power forward position. Yes, we drafted Jan Vesely at No. 6 earlier and we firmly believe he will be the long-term solution. We hope that last year’s draft picks Kevin Seraphin and Trevor Booker will develop into solid contributors behind Vesely and McGee.

We pray that Andray Blatche doesn’t channel the ghosts of Hibachi and put poop into our players’ shoes.

So here we sit at No. 18. We could go immediate need or we can go best available player. So what do we do?

With the 18th pick of the 2011 SLAMonline Mock Draft, the Washington Wizards select…

Jordan Hamilton from the University of Texas.

At this point in this particular draft, the talent-vs-project paradigm comes into play. Outside of the top two players in the Draft, everyone else that has been selected either has a limited upside or would be deemed as a work in progress. For Jordan Hamilton, at one point in time he was in the running as being selected early in the Lottery. Now he sits at No. 18 for what?

Early on in Hamilton’s career at Texas, you could tell he was a “me first” player. All about getting his shot, then worry about everything else after the fact. Has he started singing Kumbaya and had his “Come to Jesus” moment to start being one with the basketball and his teammates? Not yet, but he’s come a long way at ATX. His Second-Team All-American selection validates that.

We’re baffled that Hamilton’s on the board, and we’re ecstatic to have him. In the long run, we’d love to see Jordan work on his slash game and his defense. His game is geared on being more crafty than athletic, although he’s quicker than you think. And if he can just stay in front of people, that would make life easier on our young bigs trying to protect the rim. Could he be a Joe Johnson/Stephen Jackson type? It’s possible, but for this team we need someone who can be reliable and consistent (looking at you Rashard “I’m still owed $46 million over the next two years so I’m not tripping” Lewis). Jordan will evolve into our sixth man, and hopefully we can use him in a similar fashion that OKC uses James Harden—a versatile player who can play the 2 or the 3 and give us an immediate scoring punch. Hamilton could be perfect for this young Wizards squad.

Who knows… maybe we can hunt for an 8-seed in the Playoffs in 2012. Got to start somewhere, right?