Modern hoop history is on display tomorrow in Charlotte 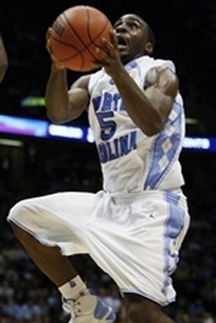 A bunch of NBA dudes will be there, too, but the NBA is unfortunately not sanctioning them to play. Of the nine active Oak Hill alums in the League (Carmelo Anthony, Steve Blake, Sagana Diop, Stephen Jackson, Jeff McInnis, Rajon Rondo, Josh Smith, Jerry Stackhouse and Marcus Williams; imagine that—nine active players from one program), all but Jax and Williams will be in the building tomorrow night, “coaching,” hanging out and signing autographs.

If you live near Charlotte, buy a ticket and check out the game. If you live elsewhere, check Slamonline Monday for a full recap.