Most Likely to Secede 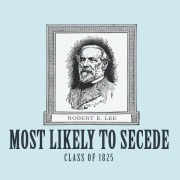 Isn’t this grounds for treason?

There’s nothing really wrong with Team USA anymore. Ever since they dropped Bruce Bowen from the roster, I’ve been all smiles. Nothin’ but good, young athletic talent who go to the hoop with ferocity and actually have a little pride in the jersey they’re wearing — the good ol’ American Way.

But I still got up at 6:15 a.m. to root for Dirk Nowitzki and, in turn, Germany in their quest to take down the only country I’ve ever lived in.

It’s not an uncommon occurrence for me to go out of my way for this guy. I’ve watched double-overtime 10 o’clock start Mavs-Warriors games from Boston on Tuesdays. This week, I watched a replay of Dirk and Germany mop up the floor with France in the FIBA Quarterfinals, but that only reminded me of how easy and patriotic it is to bash the French.

But rooting against your own country? I feel like my veteran Grandfathers are on their way to my house to brandish a bayonet as we speak.

This is the same country they fought against, too, just without that whole fascism thing. To think that some 60 years later, their grandson would be rooting for this homogeneous group of white guys, they’d probably be waving a white flag so fast they’d be home in time to catch first-run Andy Griffith marathons.

Probably the worst part of all is that I went out of my way to do this. I am not a morning person. To me, a sunrise is one of those borderline-fictitious things you see in file montages on the Discovery Channel like solar energy, unicorns and decent female rock bands. Oh, and I needed two full cups of coffee just to drown out the sound of my alarm clock.

Did Robert E. Lee need a soy mocha latte to defect from the Union? Uh, I don’t think so.

Maybe I was teetering on the traitor fence for a while and this announcer fiasco pushed me over. We’re the greatest, most industrious media factory in the world and we can’t throw two announcers into the FIBA camera crew’s suitcase? This country has almost as many wannabe sportscasters as American Idol contestants, and I’m left to figure out that Fran Fraschilla has the same morning problem that I do? (Actual dialogue: “LeBron has to go right at Dirk here.” [LeBron immediately pulls up and drains a contested three.] “Um, that’s okay too!” Thanks for the insight, Fran!) Finally, a reasonable excuse to root against this place.

But my love for players on both sides ended up bringing me right back to this awkward, barely Eastern-tilted neutrality. DallasBasketball.com’s Mike Fisher is in a tougher spot. His radio shows celebrate American sport and pop culture more than Pardon the Interruption and Access Hollywood combined, but he’s been covering Dirk practically since infancy.

“It really was kind of like shirts and skins,” he said, admitting that he’s rooting for Germany through the transitive property, “and then, after i play 5 straight games with the skins, I’m a shirt — and keep throwing to the wrong teammates.”

I felt like a Mom trying to mediate a fight. When the US was rewarded with some shady, NBA Finals-like officiating, just as when Dwyane Wade was clipped in the eye by an errant rebound attempt, I found myself whispering, “well, that’s too bad.” All this indifference was making me into quite the sissy.

So, as Team USA began to pull away in the middle of the fourth quarter, so did my allegiance to some far-off middle-European country, to which I only had one tie to begin with. I couldn’t have asked for a better outcome really: an uninjured Dirk shows his dominance but lack of a decent teammate in a loss to the greatest country in the world. A couple nice dunks, a chance to see Dwight Howard in his progression into Shaq II and some solid, competitive basketball in the middle of the summer? Couldn’t I have been rooting for this to begin with?

Well, here’s to hoping my grandparents don’t have the Internet.