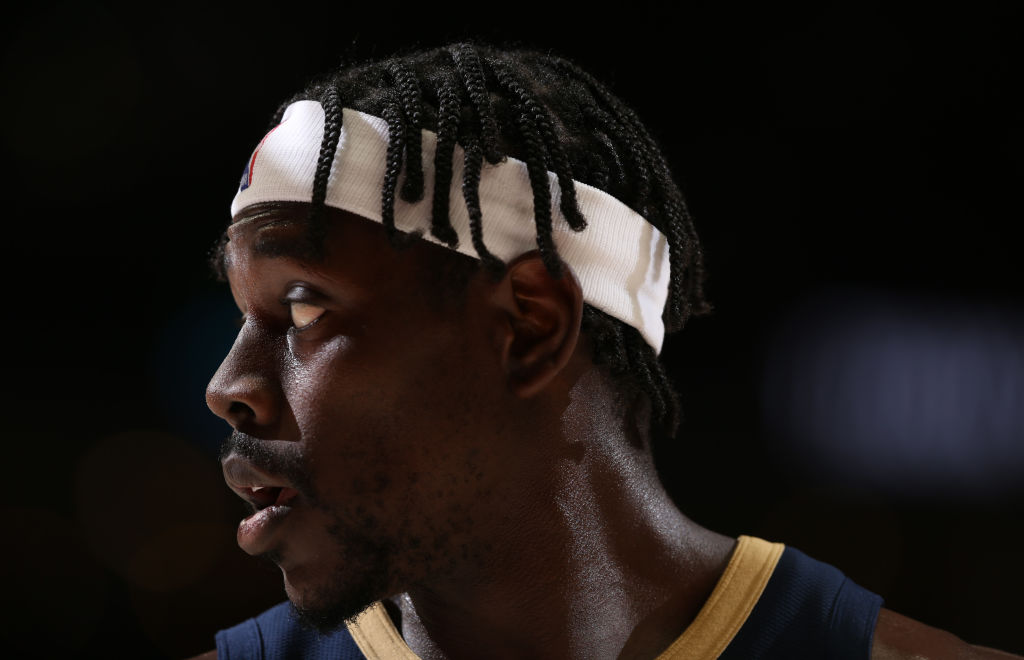 Possibly due to his understated personality, Jrue Holiday is one of the most underrated players in the league. However, while he may not have the national acclaim that his teammates have gotten, that hasn’t stopped opposing teams from noticing the dynamic impact that Holiday has on the court.

According to Yahoo Sports’ Vincent Goodwill, there are “around 10 teams” who have reached out to the New Orleans Pelicans to inquire about his services.

That’s nearly a third of NBA and, considering the price on Holiday won’t be cheap, indicative of the level of play that’s come to be expected of him after 11 years in the league.

Goodwill mentions the Nuggets specifically as a team interested in Holiday but other teams like the Brooklyn Nets have been linked to the guard over the course of the past year.

Aside from his status as a two-way playmaker, the reason that Holiday is a natural trade target is because the presence of franchise cornerstone Zion Williamson lessens his offensive impact. Although on paper the Pelicans have enough talent to reach the playoffs with Holiday, Zion and Brandon Ingram leading the way, there are players who may be a better fit beside Zion and Ingram, their upper echelon scorers.

Unlike Zion or Ingram though, New Orleans may actually be willing to trade the 2013 All-Star selection for the right price.

Holiday, one of the most likable players in the NBA, could very well find himself suiting up for his third NBA team in 2020-21.