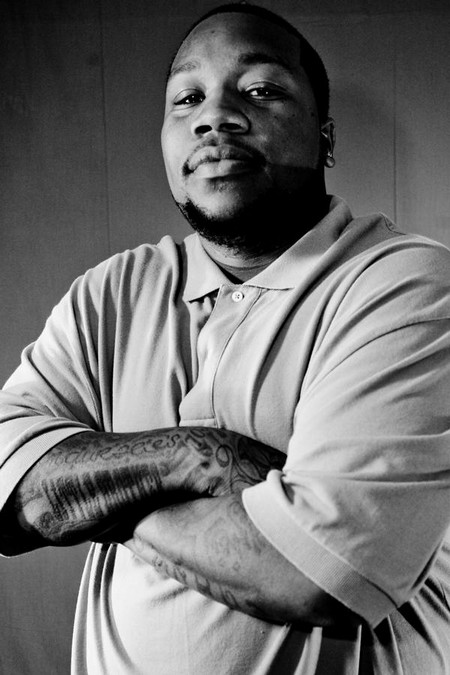 I first heard about Little Brother when a friend of mine played some tracks from the group’s first album, The Listening, for me sometime not too long after Jordan’s third and final retirement. I was immediately feeling them for their sound, style, and overall distinctiveness during a time when it seemed like there was a snap in just about every beat. Over time, as the releases continued, so did my love for the group. One thing I didn’t know about them then, that only would have added to their case, was a love of sports. Now Rapper Big Pooh, one half of the current duo, is joining the SLAM Fam to drop his hoops knowledge on our loyal readers. Here, you can check out LB’s first single from their upcoming album, Leftback. Here, you can watch a video from The Minstrel Show. Below, you can meet the man. Tomorrow, you can check for his Tourney preview.—Adam Fleischer

I know plenty are reading this wondering, “Who is this Pooh guy? What makes him so special that he gets to guest blog?” That is what you are wondering, right? Well, let me answer by introducing myself.

The things is, I am not here to talk about my musical accomplishments, but to tell you something that Wikipedia won’t—not yet, at least. I’m a sports fanatic, especially basketball. I often wish God blessed me with more height and more game, but I digress. Since I can’t play, I do like 99 percent of you reading this blog: I watch and discuss. I grew up in the D.C. area and my allegiance has always been with the hometown teams. I pull for Georgetown and Maryland, although I lean towards Maryland if they were to ever meet head-to-head in the NCAA tournament. I remember watching Walt Williams running Cole Field House with the long socks. I remember watching Joey Brown and Robert Churchwell running the show for the Hoyas in the early ’90s. I remember watching Gary Williams sweating out of all of his suits… Wait, he still does that. I grew up a Michael Jordan and Chicago Bull fan like every other kid my age but always cheered for my hometown Bullets/Wizards. I still remember the day the team signed Juwan Howard and traded for Chris Webber and when they debuted on the same night. I remember watching Calbert Cheaney and Tom Gugliotta wishing that Wes Unseld would be relinquished of all his duties with the team. Yes, I have suffered as a fan of my hometown teams but I love them all the same.

So, for the coming weeks, I will be here to offer my opinions and suggestions on the upcoming NCAA Basketball Tourney, and basketball in general—whether you want them or not. Join me on the journey; I guarantee you it will be an amusing one.