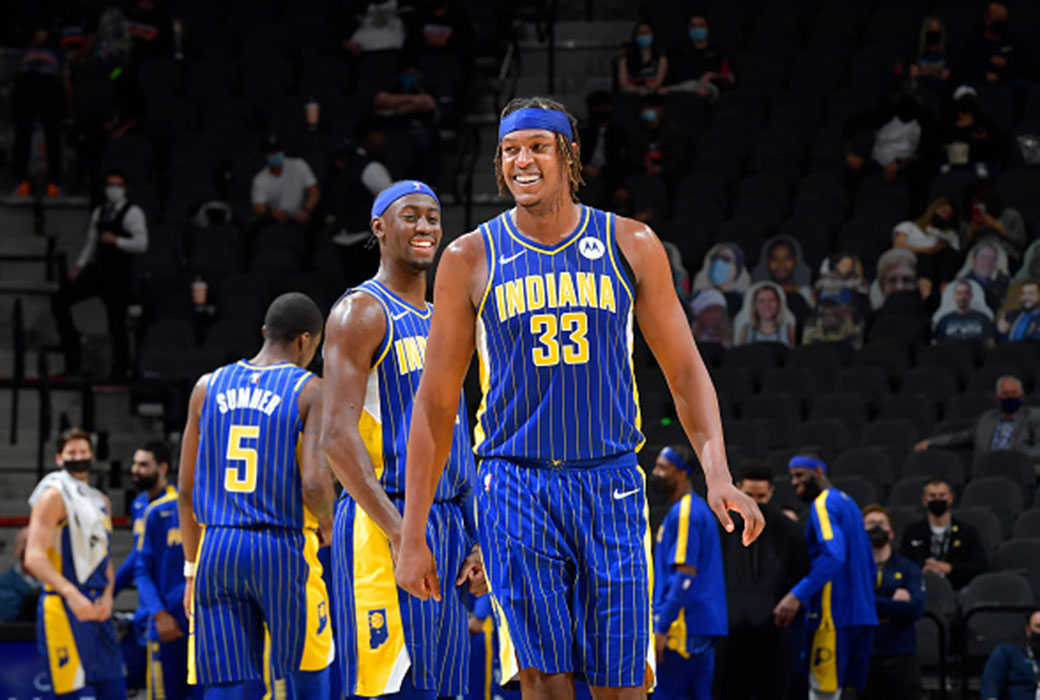 Indiana Pacers center Myles Turner has shown bitter disappointment for not being considered for the NBA’s Defensive Player of the Year or All-Defensive Teams this season.

While missing 22 of Indiana’s 69 games is likely the factor in his being left out of current consideration for defensive awards and accolades, Turner will get a consolation prize in winning the NBA’s blocked shot title over Rudy Gobert.

The NBA announced that Turner will be recognized for the title even though he did not play in the required 70 percent of the games that are typically needed for someone to qualify as a statistical leader. For the record, Turner averaged 3.4 blocks per game in 47 games while Utah Jazz center, Rudy Gobert averaged 2.7 blocks per game in 71 games.

Here’s how it happened:

“By the NBA’s rule, Turner would have needed to appear in 51 games to qualify for the award, so he fell four games short. But if Turner had played in those four additional games to reach the minimum and didn’t even block a single shot, his average would have still been 3.1 per game—still well ahead of Gobert’s.“

There is a rule exception that gave Turner the title. For players that fall short of the game’s threshold, the NBA will figure out the number of additional games they would have needed to play to reach it. Since Turner fell four games short of 51 to automatically qualify, the League placed in four games of zero blocks. Then it divided his total number of blocks (159) by 51 instead of 47. Therefore, Turner averages 3.1 blocks per game, which is still more than Gobert’s 2.7 blocks—making him the regular-season blocks champion.

The rule exception has been around for years, which allows a player to be recognized as a stat champion if, quote, “the player would have led the league in the category had he played the required number of games with his current category total.”

This is the second time in the last three seasons that Turner has won the title.