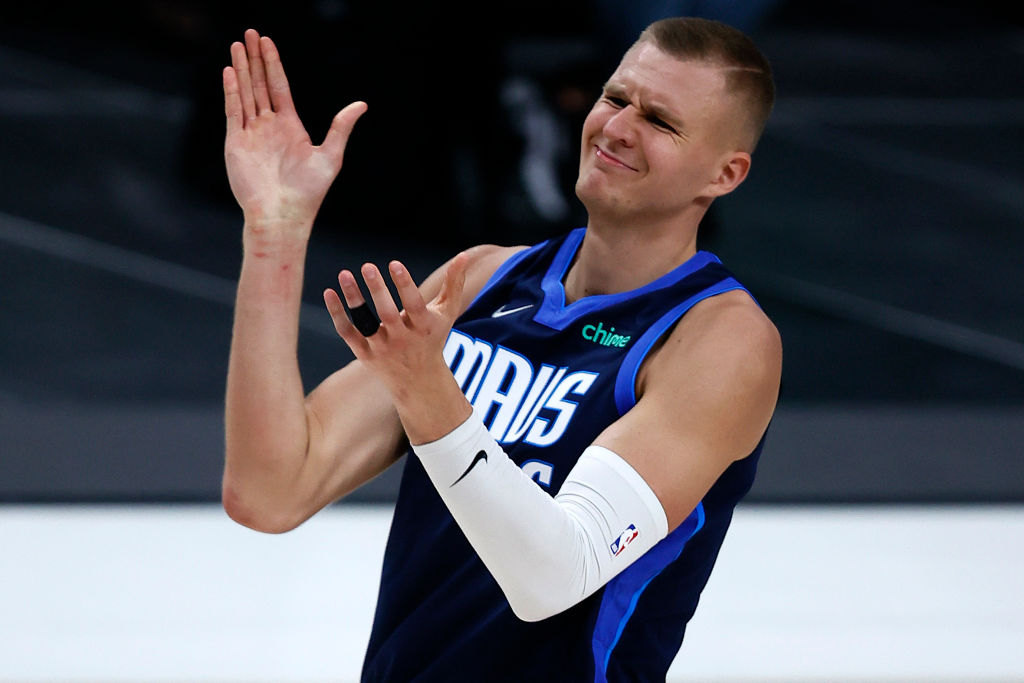 Kristaps Porzingis, as unique and talented as he is as a 7-foot-3 sharpshooting big man, has only played 78 regular-season games in a Dallas Mavericks uniform since being traded to the team midway through the 2018-19 season.

Ian Begley of SNY reported late last month that the Mavericks reached out to the Warriors to gauge interest in a Porzingis trade. However shortly after, controversial reports surfaced.

Both Mavericks owner Mark Cuban and head coach Rick Carlisle denied the report, saying that they hadn’t explored any trades regarding Porzingis according to Brad Townsend of The Dallas Morning News.

However, according to Tim MacMahon of ESPN, even though Cuban and Carlisle publicly declared that the team had not engaged in trade discussions regarding Porzingis, the perception among executives around the league is that he is available.

Entering the second half of the season, Porzingis is averaging 20.5 points, 8.6 rebounds and 1.5 blocks per contest. One of the more unique bigs in the game, there aren’t many players around the league with the upside that he has.