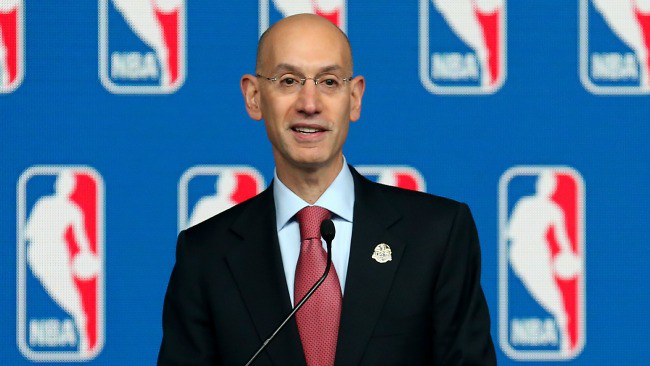 According to NBA Commissioner Adam Silver, legalized sports betting and the L are on a collision course, and Silver expects the NBA to profit from this.

Speaking at a sports conference in New York Thursday, Silver said the infusion of cash from sports wagers is too tempting to pass up for struggling states. Per Bloomberg:

While the NBA did not support New Jersey Governor Christopher Christie’s plan to implement sports gambling, the league does expect to face and profit from the broadening of legal sports gaming in the U.S., Silver said at the Bloomberg Sports Business Summit in New York.

“It’s inevitable that, if all these states are broke, that there will be legalized sports betting in more states than Nevada and we will ultimately participate in that,” said Silver, 52.

“If you have a gentleman’s bet or a small wager on any kind of sports contest, it makes you that much more engaged in it,” Silver said. “That’s where we’re going to see it pay dividends. If people are watching a game and clicking to bet on their smartphones, which is what people are doing in the United Kingdom right now, then it’s much more likely you’re going to stay tuned for a long time.”