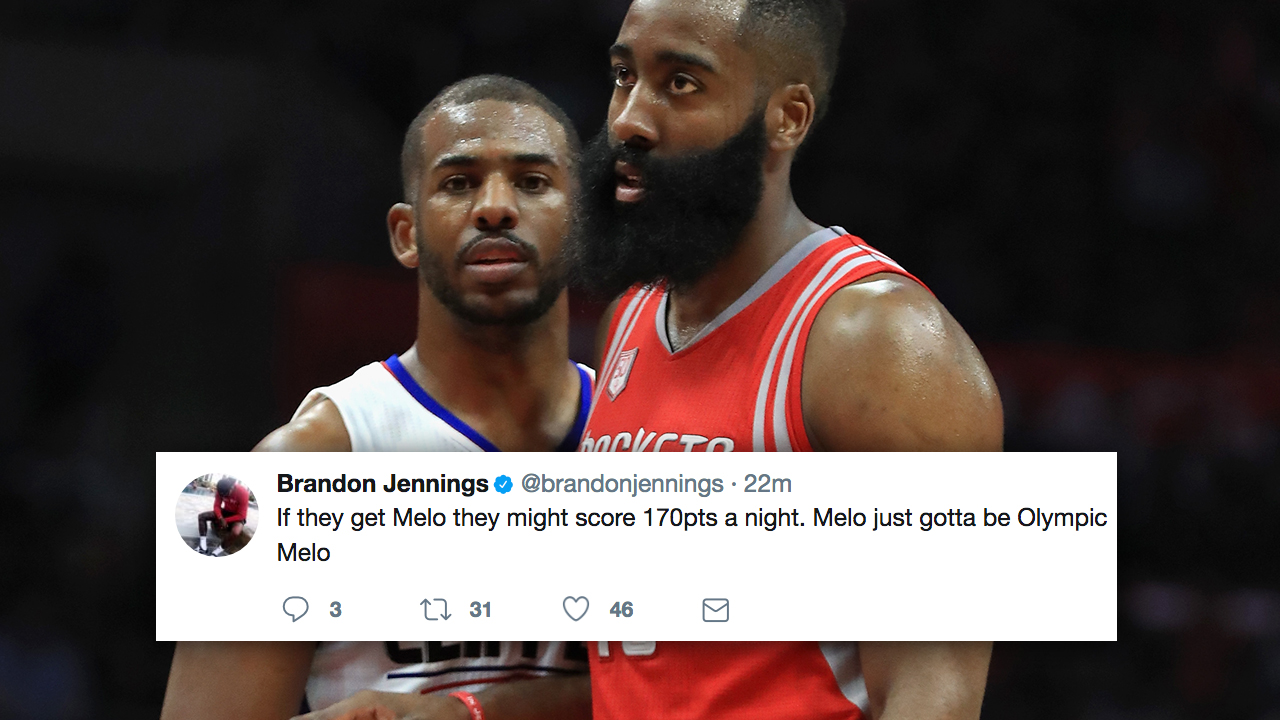 The Houston Rockets shook the NBA landscape on Wednesday by orchestrating a blockbuster trade for Chris Paul.

My brother off to a new journey! Best of luck @CP3!! H-Town y'all got a great one coming to your city. #BrotherHood🙏🏾

When friends of mine are happy then I'm equally as happy for them. Congrats to my brother @CP3 on choosing his own direction. #Brotherhood

As Wizards guard Brandon Jennings noted on twitter, the trade could clear the way for Carmelo Anthony to join the Rockets.

If they get Melo they might score 170pts a night. Melo just gotta be Olympic Melo

Make sure you scroll through the gallery up top to see what else players around the League had to say about the CP3-to-Houston trade.