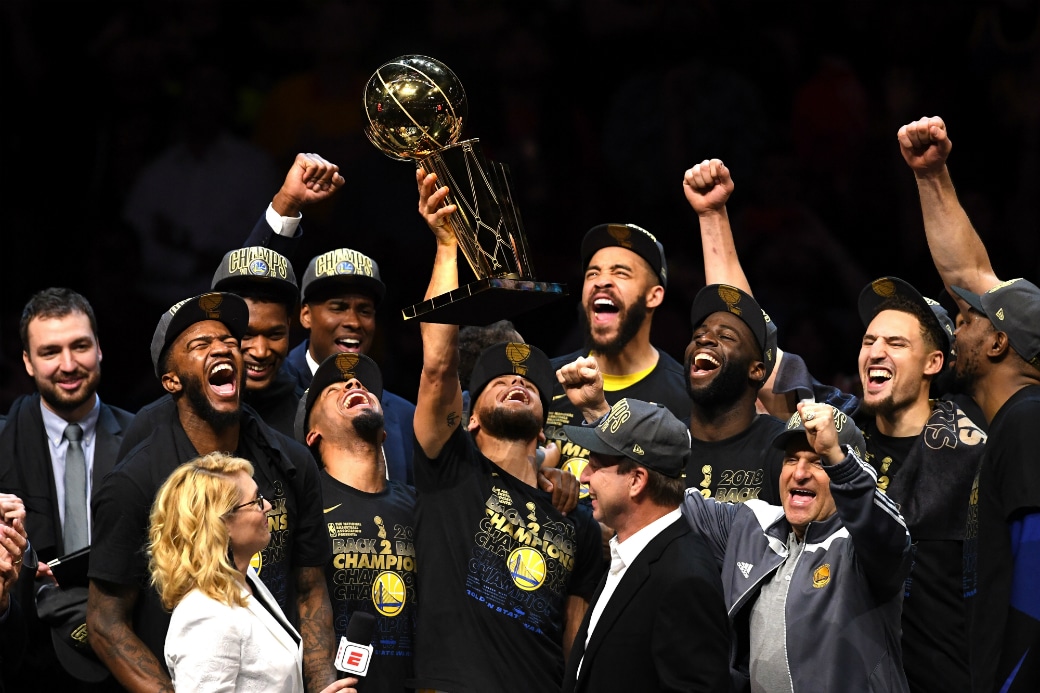 For the second consecutive year, the Golden State Warriors are your NBA Champions, and Kevin Durant is your Finals MVP.

Golden State cruised to a 108-85 victory in Game 4 at Quicken Loans Arena, completing their sweep of the Cleveland Cavaliers. Stephen Curry led the way with 37 points and KD posted a triple-double (20 points, 12 rebounds, 10 assists).

Here’s how players around the League reacted to the game, and to the Warriors hoisting the Larry O’Brien:

GS trying to set the tone early. Said forget trying to win it at home, let’s end this tonight.

Safe to say Steph gunning for that MVP. As he rightfully should tho. #nbafinals2018

The bay about to be litttttttt🔥🔥🔥

This is getting ugly to watch ughh!! pic.twitter.com/Z0gV5dY3xA

I can’t wait until the day I’m playin’ in the NBA Finals!

As a basketball player, if seeing another team win a championship doesn’t motivate you to work harder, then this ain’t for you. 🤷🏾‍♂️

Congrats to a legit pro my guy, @andre and @SteveKerr. It’s a amazing blessing and accomplish it 3/4 xs has to be amazing

And of course, as soon as the game ended, players began to recruit LeBron James:

Get ready for a summer of reporters thirsty for click-bait!!!!!

League gonna be weird as hell next year lol.

RELATED
NBA Players React to Game 3 of the Finals