NBA Players React to Game 3 of the Finals 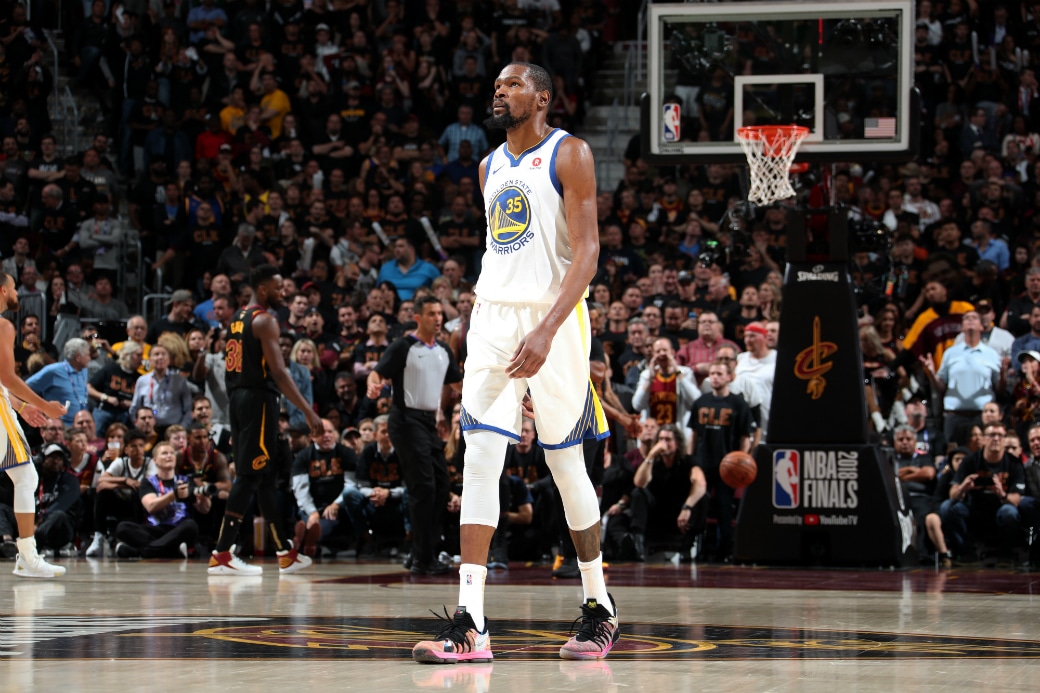 Game 3 of the NBA Finals was the Kevin Durant show.

Players around the League hopped on Twitter to discuss the epic performance:

Wasn’t they just killing KD about a wk ago?? ” Then you drop a couple of hits, look how they wave to you”

KD IS NOT NICE

Warriors fans cheering for KD today 😂 they like them one on one moves when they going in. I dnt hear people saying he hurting the offenseive movement

After this Ring I hope KD goes somewhere else and tries to win one with his own team.. He got his validation.. He’s one of the best in the World it’s time.. Just my opinion. Not suppose to be this easy 🤷🏽‍♂️

People forget Hood was a rising star in Utah. You’re as good, or as bad as the situation you’re in..

People acting like they re surprise Hood can play🤔🤔

Rodney Hood being freed is up there with Meek Mill’s

Rodney Hood should’ve been free . Glad he getting some tick and hoopin

Despite a triple-double from LeBron (33 points, 11 assists, 10 rebounds), the Cavs now trail Golden State 3-0 in the series.

RELATED
NBA Players React to Game 2 of the NBA Finals