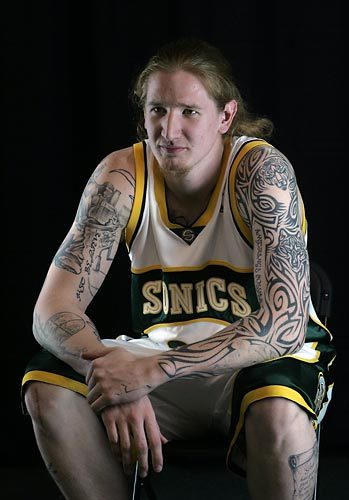 Robert Swift Is Scarier Than Ever: Dude put on about 40 pounds and is now at a playing weight of 280. But here’s what’s really important: “A series of intertwining black tattoos cover large swaths of his body.”

Meanwhile, Stephen Jackson Is Still Stephen Jackson: S-Jax has a new tattoo across his sternum; it’s a pair of hands clasped in a sign of prayer, and they’re holding a gun. Beautiful.

(Photo courtesy of the Seattle Times.)