An NBA exec talks about what to expect from the first tournament the L has organized.

The NBA and Mountain Dew are all set to begin the invite-only FIBA qualifying 3-on-3 tournament, for men and women. The six-city tour will touch down in Atlanta, Miami, Dallas, Chicago, Houston and Los Angeles. It starts on May 21 and runs till October 23. Each event will be free, streamed on Facebook Live and will feature food trucks, street art, celebrity appearances, music and an “authentic” feel that will help you settle in before the first shot even goes up.

SLAM caught up with Patrick Sullivan, the NBA’s VP of Events Strategy, to talk about what fans can expect of this first-time adventure.

Patrick Sullivan: It’s out new nationwide elite basketball challenge. The best amateur basketball, on-site entertainment and fan experience. The tour tips off in a couple weeks, on May 21 in Atlanta and will continue for six cities in the US, with the national title in LA, in October. We’re always looking for ways to grow the game, both domestically and internationally. We feel that this model, in partnership with Mountain Dew is really unique for us and one that we’re really, really excited about.

SLAM: Why has the relationship between the NBA and USA Basketball always been so productive?

PS: Just a little background—the winner from LA will be automatically qualified for USAB’s 3-on-3 national tournament. There’s also a FIBA portion. The winner of our national tournament will also compete in the 2017 FIBA World Tour and additionally the FIBA All-Stars in Doha. There’s a fun new path here. In working with USAB, since we announced this a year ago, USAB helps us really bring authenticity to this. The real weight in saying, this is a real path, this is a real thing. The winner from these two NBA events will be on this USAB and FIBA track.

SLAM: What changed from those initial meetings a year ago to today?

PS: USAB has the same goals that we do in getting more people to play at a high level. It started right away and has been on-going since. We work with USAB on a lot of programs. Frankly, it wasn’t a hard sell on either side. We both were in it together. We see the value in both working together, both for USAB and the NBA side as well.

SLAM: Gary Payton will be the Dew NBA 3X Ambassador, along with other NBA players in each city. What can fans expect when they show up? Will it be similar to Fan Fest at All-Star Weekend?

PS: This’ll be different. It’s much more influencer-driven and really more social. A little grittier and edgier and authentic, as well. We’ll have other NBA players and legends. Gary Payton will be the Ambassador throughout the year, but we’ll have other local talent at each of the stops. Anywhere from 3-5 guys that are there interacting with fans. Some of the guys might be GMs of teams. This compared to the Fan Fest, this is much more authentic basketball. It’s very elite competition. Part of the great synergy with Dew, we’re bringing basketball and this authentic expierience and we’re partnering with them on the lifestyle piece of it. There will be things for fans to do. But it’ll be very fashion, lifestyle and basketball focused. Big celebrity portion, as well. But from our perspective it’s to come out and watch great basketball. This is gonna be legit hoops. Guys will definitely be playing. They’re amateurs, but they’re skilled amateurs. It’s not NBA guys playing in this, of course, but it’s gonna be some good basketball.

SLAM: Do we know these players? If we’ve been around LA or Atlanta, have we seen them play?

SLAM: What else should we know about this tournament?

PS: The six events, three of them are outdoors and three of them are indoors. We’re not set on one model. In Chicago, we’re at the Aragon Ballroom. It’s an indoor venue, a little hipper. In Miami, we’ll be at the National Arts Foundation Plaza, a little bit more culture and art and lifestyle influence. Each of these events are more relevant to that market.

SLAM: What does Mountain Dew bring to the table?

PS: It’s the energy between us and Dew. Everything from our audience being artistic and innovative and trendsetting, it was a perfect match for this. This will definitely be very social. Dew’s the perfect brand for that. We bring the hoops and they bring the lifestyle brand. It’s a really easy match. We’ve been working with Dew since we announced this. They were very much hand-in-hand in this process. This isn’t a thing where they’re just loaning their logo. We’re all in this together, for sure. 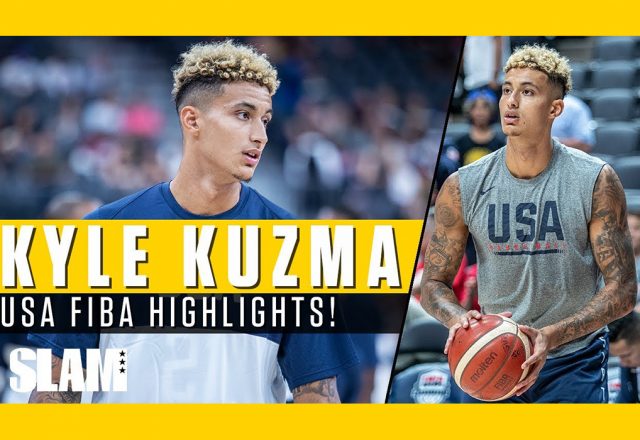