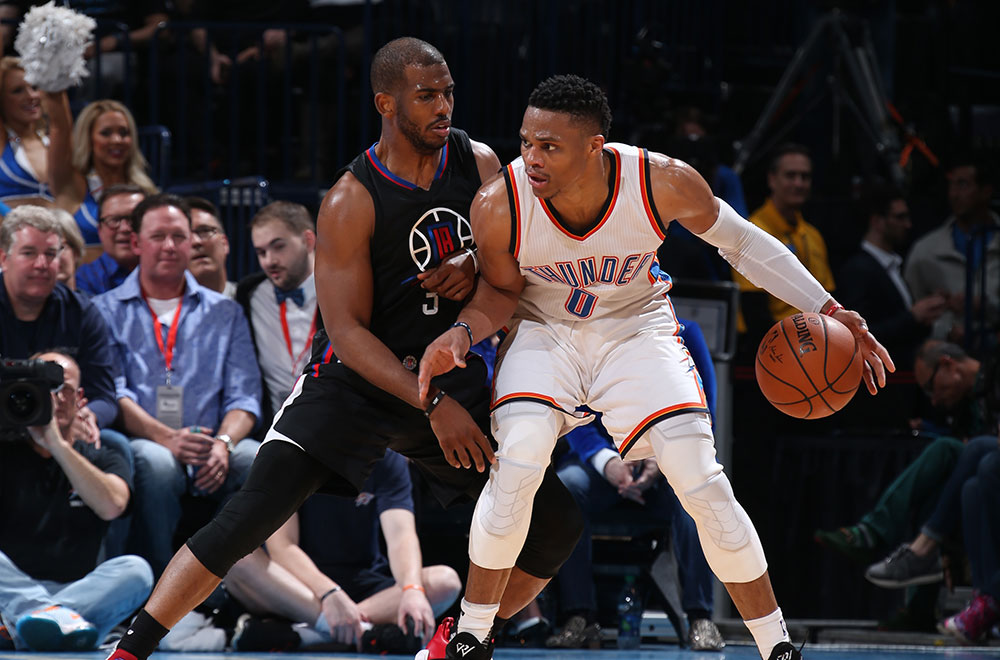 •In the Eastern Conference, Cleveland, Toronto, Boston, Miami, Charlotte, and Atlanta all currently have over a 95% chance of making the playoffs.

•Of the remaining Eastern Conference teams, no team has over a 1% chance of making the playoffs.

•In the Western Conference, the top six teams (Golden State, San Antonio, Oklahoma City, LAC, Memphis, Portland) all have over a 95% chance of making the playoffs.

•Of the remaining teams in the West, only Sacramento (1.7%) has over a 1 percent chance of making the playoffs.