The 76ers big man talks about his health, summer league, the upcoming season and more.

With all the hype surrounding the 2014 NBA Draft Class—much of it deserved—it may have been easy to forget about Nerlens Noel, the No. 6 overall pick in the previous year’s Draft, who spent all of last season rehabbing from major knee surgery. Noel reminded everyone why he was so highly touted coming out of Kentucky with arguably the best Summer League performance of any rookie.

Monday night at Rucker Park in Harlem, Noel joined Shaquille O’Neal and rapper Cam’ron on behalf of Reebok for a game between the Reebok Breakout Camp All-Stars and the EBC Rucker All-Stars. And while most of the conversation on social media focused on his style choices for the evening, including his Reebok Question “First Ballot” kicks, we wanted to talk hoops, too. So before tip-off, Nerlens sat down with SLAM to discuss his summer so far, expectations for his rookie season and what it’s going to be like hanging around another big man with a big personality, No. 3 overall pick Joel Embiid. Check it out below.

SLAM: How healthy are you feeling right now?

Nerlens Noel: My health is great. It’s been a long time coming, getting hurt at Kentucky and then sitting out 18 months until my first game of summer league. I’m definitely excited for this NBA season, and to continue to work harder to be prepared.

SLAM: How did it feel to get back out on the court at summer league?

NN: Fantastic. I miss this game so much, and I put a lot of work in, in the weight room and on the court to become a better player through my down time. I think it’s definitely paid off, and this is only the beginning.

SLAM: What is your confidence level like right now, coming back?

NN: My confidence is great. When I step out on the court—and it’s been like this for months—I’m not thinking one bit about my knee. I’m 100 percent confident.

SLAM: Given your journey the last 18 months, what’s it going to feel like to finally step out on the court for your first regular season NBA game?

NN: I think it’s going to be a moment for life, definitely. Just being able to step on that court as an NBA player, having gone through as much as I’ve gone through over the last year and a half.

SLAM: How were you able to stay focused during the whole rehab process?

NN: My mom—through this whole process, she was my No. 1 supporter. And, growing up and seeing everything that she did for me, that was another reason I always kept in the back of my mind to never give up.

SLAM: A lot of people were excited by the potential you showed at summer league. Did you hear the chatter? What was your reaction?

NN: It made me think, I’ve gotta get more work in, gotta get better. Those are a lot of expectations. Expectations, it is what it is. I’ve just got to continue to work hard. That’s only the beginning. It doesn’t make you.

SLAM: But still, you would like to win Rookie of the Year, right?

NN: Yeah, most definitely. I would be buggin’! [Laughs] It’s definitely a goal for me. But it’s not going to be everything. I’m just ready to focus on getting better, and building this organization as a young leader.

SLAM: Are you excited to eventually play alongside Joel Embiid?

NN: I’m ecstatic to play alongside Joel. He’s a great personality, very outgoing, and we all know what he can do on the court. It’s just a matter of time for him—rehabbing and getting back on the court, and us really getting at it and trying to make a storm in this League.

SLAM: That’s two big guys with two big personalities. How much fun is this young Sixers team going to have?

NN: Oh, man. We’re going to have a lot of laughs in the locker room. Him coming in, bringing his personality, it’s going to be big for us. We’re a whole group of young guys, and we all get together regardless—we’re all in our early 20s. The general vibe around the team is having fun and getting better. We’re all living life and still learning a lot. We’re all going to grow, and teach each other, and just build.

It’s an open slate. Philadelphia hasn’t had a great Sixers team in so long. I think we’re just taking it all in. Me, Mike [Carter-Williams] and Joel—we’re a young core that can really set this city on fire.

SLAM: Let’s say we sit down again a year from now. What do you expect us to be talking about?

NN: I expect for you to be congratulating about Rookie of the Year, you know, maybe a potential All-Star or maybe the next year. We’ll be talking about everything going forward, all the potential success. 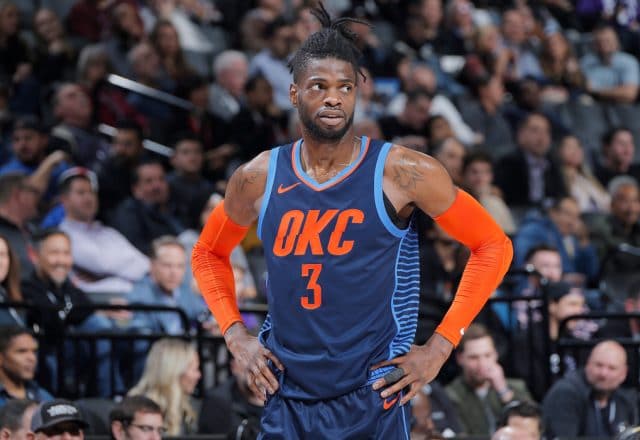 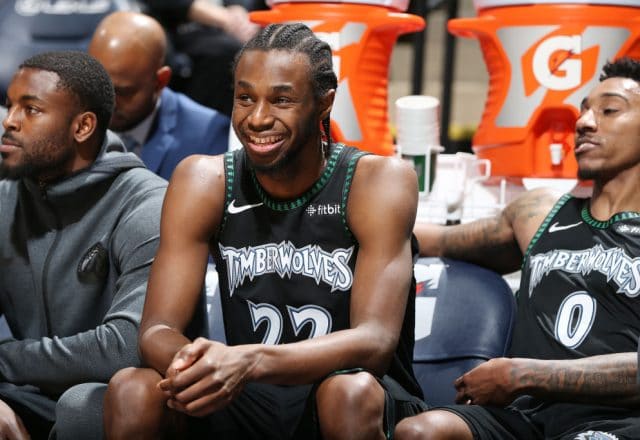 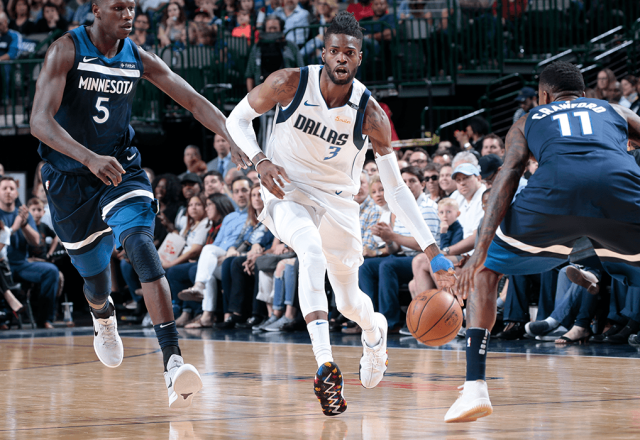