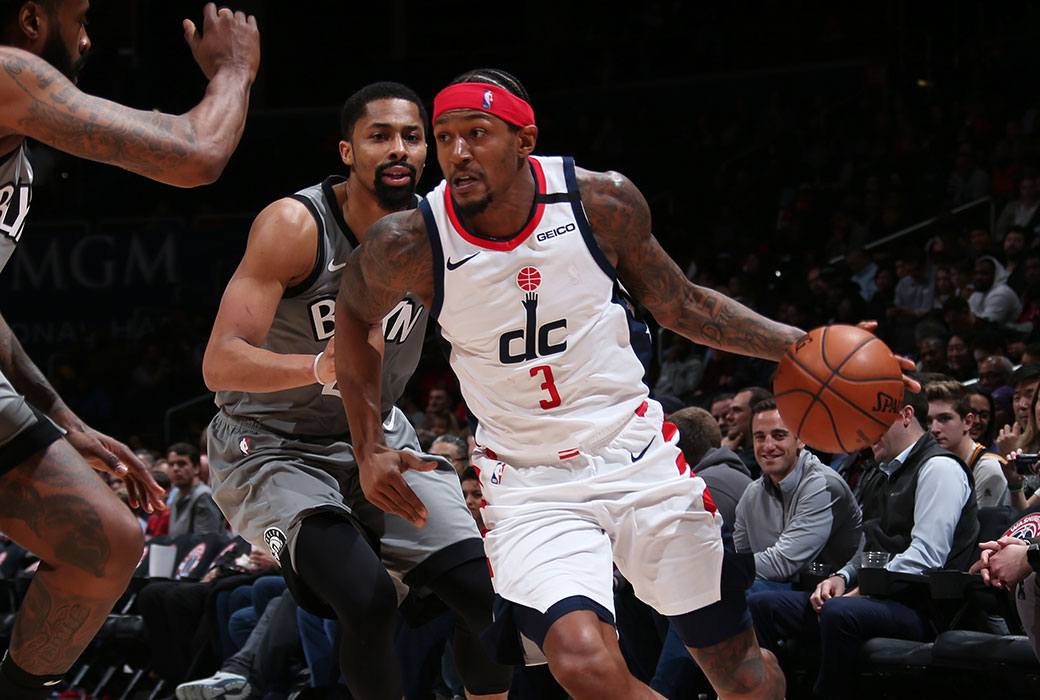 The Brooklyn Nets have internally discussed ways to acquire Bradley Beal, according to the Daily News‘ Stefan Bondy.

The Nets reportedly want a third star to pair with Kevin Durant and Kyrie Irving as the team prepares to make a championship run next season. In January, Irving told the media, “It’s glaring that you’re missing a big piece here.”

Beal, 26, is coming off the best statistical season of his career and has three years, $100 million left on his deal with the Wizards.

Beal recently stated that he wants to retire a Wizard, despite the team failing to make the playoffs each of the last two seasons.

In February, Beal became the first player in NBA history to score at least 50 points on consecutive days and have his team lose both games. Washington had a 5-17 record this season in games where Beal scored 40 or more points.

RELATED: Bradley Beal: ‘If I Can Control it, I Will Finish in D.C.’