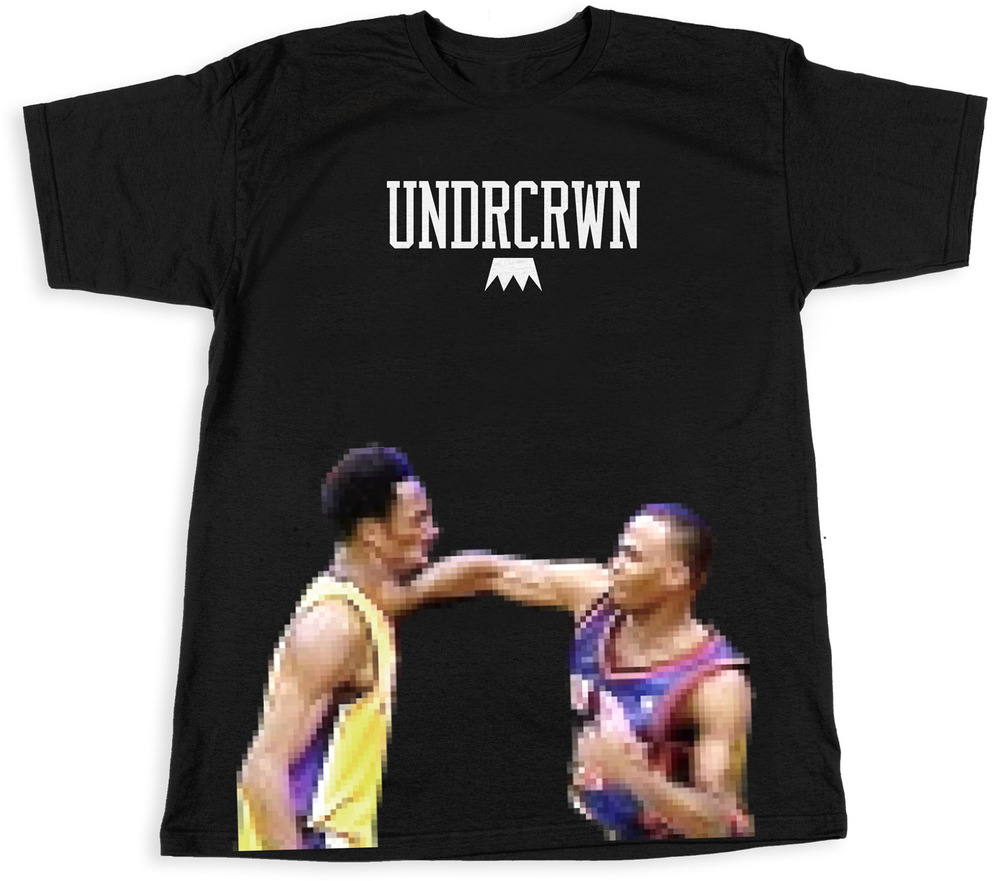 Sadly, with no season to look forward to at this point, the NBA lockout has driven me to watch old games saved on my DVR or catching whatever NBA TV is showing at the time. Here and there I’ll go over to YouTube and call up old highlights of some of my favorite players, but most of the time, I’m usually just reminiscing on the days when the NBA was “real.”

As a diehard Bulls fan, I have no problem whatsoever in admitting that there was no team realer than the New York Knicks back in the day. Real recognize real, I suppose.

If you’re a fan of the Knickerbockers — or a closet fan, like me — you know from watching this team that they’ve never had a problem when it came to getting down and dirty with other squads.

You wanna take it there? Fugheddaboudit… The Knicks would meet you halfway. Aiiight?

Credit the attitude and spirit of toughness that possesses the Big Apple which gives this team the propensity for finishing what it starts, and giving us some very memorable dust-ups in the process.

Willis Reed taking on the entire Los Angeles Lakers team in 1967. Knicks guard and current Boston Celtics Head Coach, Doc Rivers, squaring off against Kevin Johnson of the Phoenix Suns in ’93 with 21 players fined and 3 suspensions being handed down as a result. During the ’94 NBA Playoffs, Bulls guard Jo Jo English and New York’s Derek Harper got into it in plain view of The  Commish, David Stern.

And who could ever forget The Notorious JVG, Jeff Van Gundy himself, hanging from the leg of Miami’s Alonzo Mourning as he went head up against his former teammate in Charlotte, Larry Johnson, who was rocking orange and blue back ’98.

If the Van Gundy/Knicks/Heat brawl is the most infamous fight in the history of the franchise (well, other than that one time Marcus Camby dotted JVG’s eye), the skirmish that took place in April of 2000 against LA will probably go down as the team’s most famous altercation.

It was just a regular Sunday afternoon game between the Knicks and the Lakers… Right up until Chris Childs gave Kobe Bryant the two-piece in his biscuit. It’s an all-time favorite NBA fight memory for both Knick fans and Kobe haters alike. The scuffle has certainly been etched into our collective basketball consciousness forever, and even if you didn’t see it happen live, you’ve no doubt heard the story and then watched the video on YouTube over and over and over again.

And now, thanks to the fine folks over at Undercrwn who have been blessing us with hotness since 2005, they’ve done their part in making sure this legendary moment in NBA history will never be forgotten… They put the damn Chin Check’n on a t-shirt, son!

Chris Childs is once gain pleased at the outcome. Bean? Not so much.

Own a piece of history… Buy you one.