New York Knicks Sell Out MSG For Playoff Games 1 and 2 vs. Hawks 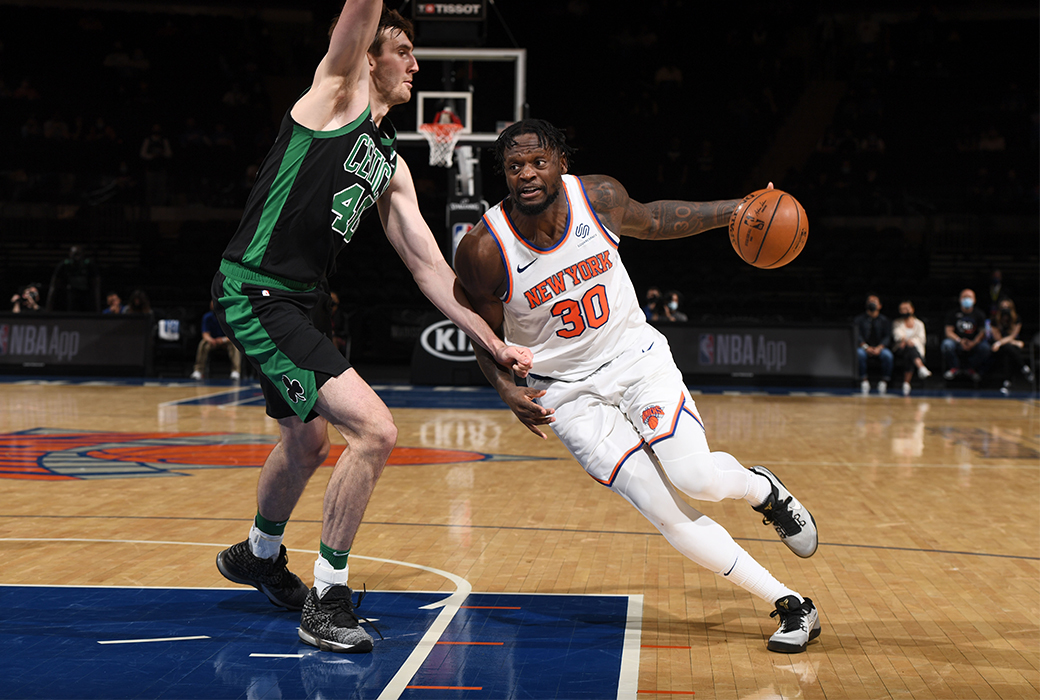 The New York Knicks fanbase has waited a long time for playoff basketball to return to Madison Square Garden. James Dolan and the team announced that they are celebrating the first two games with 15,000 in attendance.

The franchise has sold out 15,000 of their reduced-capacity tickets for Games 1 and 2 of their series against the Atlanta Hawks. The amount is higher than what was previously announced with a plan to increase fan capacity from 1,980 in the regular season to 13,000.

Knicks President Leon Rose took to Twitter to thank the fans for doing their part in getting vaccinated and welcoming them back to the arena for the playoffs.

“We can’t thank our fans enough for stepping up, getting vaccinated, and being with us all the way – we look forward to the team giving all of New York something to cheer about.” — Knicks President Leon Rose https://t.co/4tGkfvUEwT

The Knicks sent out a news release stating that this event will be the largest indoor gathering in New York since the start of the COVID-19 pandemic in 2020. With projections of nearly 90 percent in attendance fully vaccinated against COVID-19, Dolan talked about the message being sent, via ESPN.

“I hope everyone in sports and entertainment is listening because the public has spoken — they are fine with getting vaccinated and want to get back to the experiences they love,” James Dolan, executive chairman of MSG Sports, said in a statement. “This overwhelming response by Knicks fans — almost 90% of whom are vaccinated — should silence any doubters. It’s time to start booking events and filling up our schedules, so stay tuned.”

The Knicks started allowing fans on Feb. 23rd to finish out the regular season.

Other teams are allowing more fans as well. Philadelphia is allowing 10,000 fans while Utah is welcoming 13,000. It is reported that Dallas and Milwaukee are bringing in roughly 9,000.

The Knicks and Hawks series starts on Sunday with Game 2 scheduled for Wednesday. This is the first postseason appearance for New York since the 2012-13 season.