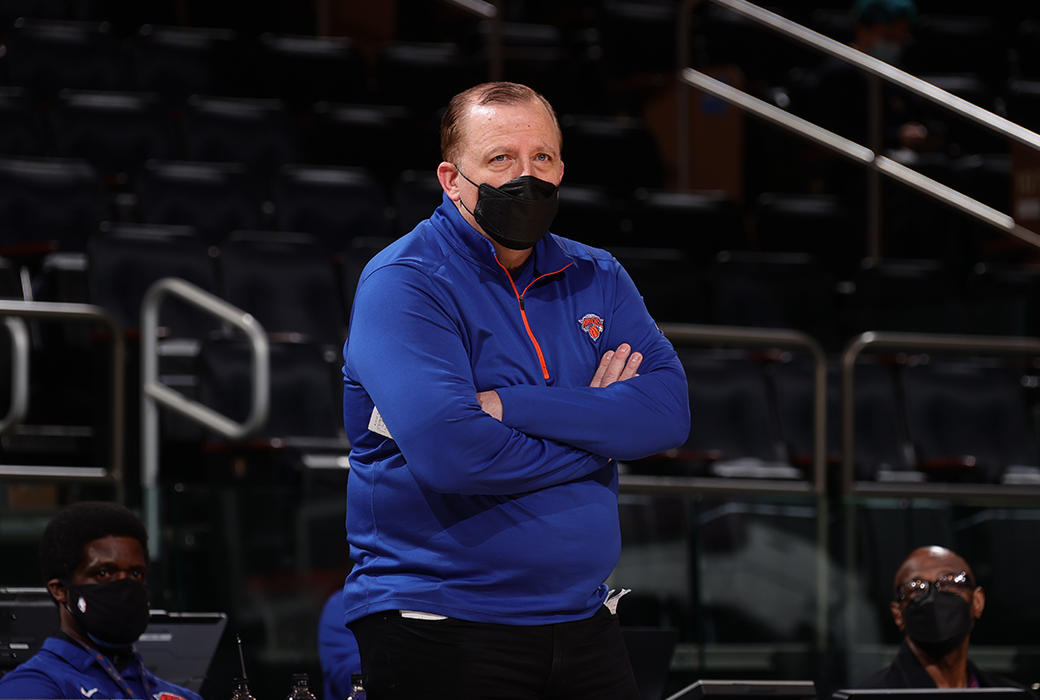 On Monday, the NBA named New York Knicks head coach Tom Thibodeau the 2020-2021 Coach of the Year. Thibodeau, who won the award ten years prior with the Chicago Bulls (and was an assistant coach on the Knicks for seven years in the late ’90s and early 2000s), was the main architect behind the Knicks resurgence this season.

Thibodeau is the first Knicks coach to win the award since Pat Riley in 1993.

Congratulations to our leader, Tom Thibodeau, on being named the 2020-21 NBA Coach of the Year. pic.twitter.com/aXHXku4t2i

Before the season began, many media outlets and commentators predicted the Knicks would be the worst team in the League. However, under Thibodeau, the Knicks won 41 games and finished as the fourth seed in the East.

In an interview with the Inside the NBA crew on TNT on Tuesday, Thibodeau attributed the team’s success in large part to Julius Randle, who recently won the Most Improved Player award, and the various veterans—such as Taj Gibson, Derrick Rose, and Reggie Bullock—who helped set the tone and mentor the young players.