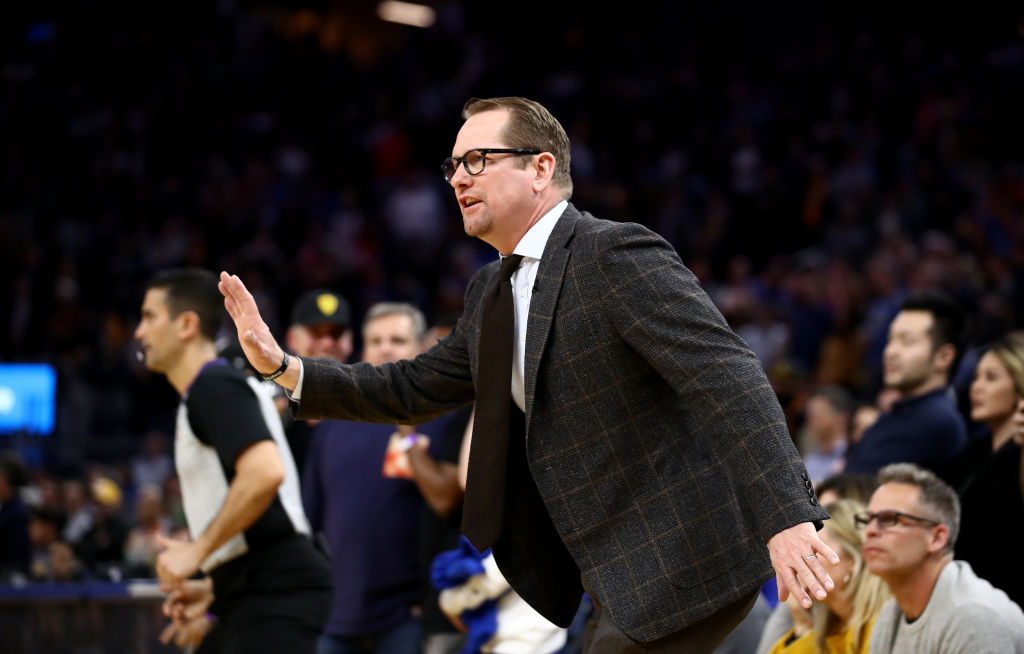 The NBA has revealed that Toronto Raptors head coach Nick Nurse has been named the 2019-20 Coach of the Year. Nurse, of course, led the defending champions to a franchise best season despite having lost reigning Finals MVP Kawhi Leonard to free agency.

The award, Nurse’s first, was presented on TNT. Nurse was also a significant part of Dwane Casey’s staff when he won Coach of the Year with the Raptors back during the 2017-18 season.

Nurse finished with an impressive 90 first place votes, trailed by the two other nominees in the category, Mike Budenholzer of the Milwaukee Bucks and Billy Donovan of the Oklahoma City Thunder. Nate McMillan of the Indiana Pacers was the only other coach to receive a first-place vote.

While Nurse received no shortage of praise for his role in Toronto’s 2019 NBA Championship, the team was largely written off in 2019-20 after losing a player of Leonard’s magnitude.

Not only did the Raptors hold steady without their MVP, they thrived, winning 53 of their 72 games for a winning percentage of .735. They were on par to beat the organization’s 59-win record set back in 2017-18 but played 10 fewer games due to the coronavirus shutdown.

Nurse is the third Raptors coach in history to win the award, Sam Mitchell won it in 2006-07. He’s also the first coach to pair an NBA Coach of the Year Award with a G League Coach of the Year award, per Blake Murphy of The Athletic.