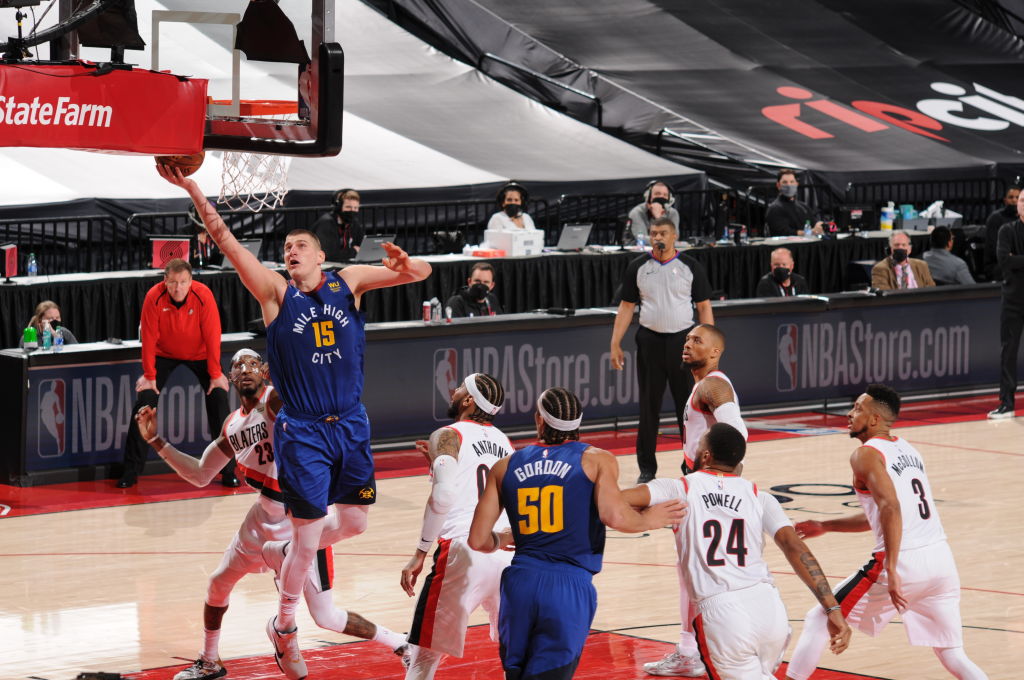 Last week, the league announced that Nikola Jokić was among the three finalists for the 2021 NBA MVP award, along with Philadelphia 76ers center Joel Embiid and Golden State Warriors point guard Stephen Curry.

While already considered the heavy favorite to win the award this season, if the accolade factored in playoff appearances, the Joker would be running away with the Maurice Podoloff Trophy.

Jokić has placed the Nuggets back in control of their first round series against the Portland Trail Blazers, where they lead 2-1 after a 120-115 win in Game 3 that saw the Serbian sensation post 36 points, 11 boards and 5 assists.

Just as an uncharacteristically aggressive Jokic impressed in the regular season, the franchise center take yet another statistical leap in the postseason, averaging 36.0 points per game while shooting 57.7 percent from the field, 50.0 percent from 3-point range and 94.4 percent from the free-throw line.

He’s the first player to record 30 points while shooting at least 50 percent in each of his first three games of a postseason since Hall of Fame shooting guard Michael Jordan in 1992, per ESPN Stats & Info. Jokic is the fourth player in franchise history to score at least 30 points in the team’s first three playoff games, joining Alex English, Carmelo Anthony and Jamal Murray, according to The Athletic.

Who else but the MVP to close it out

While the 2021 NBA MVP Award shouldn’t factor in Jokić’s superb first round, considering that it’s a regular season award, his postseason showing has only underscored his worthiness.

The MVP of the 2020-21 season won’t be announced until later in the playoffs but, in the meantime, expect Jokic and the Nuggets to look to push the series to 3-1 on Saturday when they face off against the Blazers in Portland.