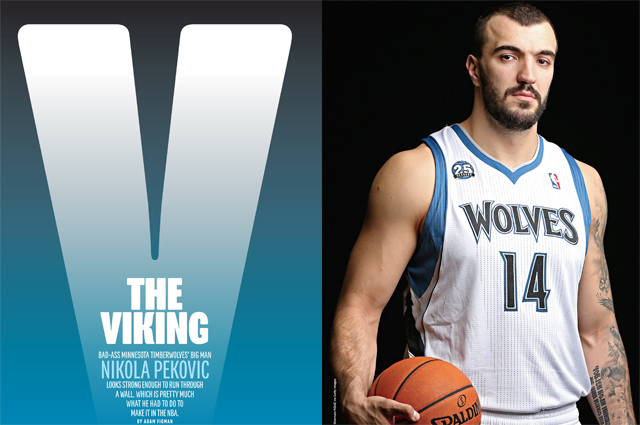 Serbia and Montenegro was not a fun place to live during the 1990s. War, a faltering economy, political tension, protests, riots, an outbreak of disease—that’s just a short list of the plagues that tormented the nation during a rough time period that natives of the country would likely prefer not to reminisce over. In May of 1992, the United Nations, disgusted with the area’s inability to maintain some semblance of peace, unanimously voted to issue United Nations Security Council resolution 757, establishing an embargo that prevented foreign goods from entering or leaving the country.

But there was one commodity the UN could never fully blockade. And so every night throughout the months of May and June during the late ’90s, with the school year complete and the weather warm enough to sit outside through the morning’s earliest hours, a local man in the town of Bijelo Polje would place a small television outside his home and turn the volume all the way up, a dozen neighborhood boys huddling around it to enjoy one of the few imported products they could get their hands (well, eyes/ears) on: NBA basketball.

“The parents in the whole neighborhood would let us watch,” says Nikola Pekovic. “They knew how much we liked it.”

In 1998, the Sacramento Kings became beloved amongst the group. A Serbian sharpshooter named Peja Stojakovic and a crafty Serbian big man named Vlade Divac joined the team that year, as did Head Coach Rick Adelman, who installed an incredibly fun-to-watch, up-tempo offense. Though they never won an NBA Championship, the Kings were post-season contenders during each of the subsequent eight seasons.

Now, 15 years later, Adelman guides the Minnesota Timberwolves; Pekovic, at age 27, is his starting center. Adding a poetic note to the whole saga, it was under Adelman that the 6-11, 285-pound Pekovic got his first real NBA opportunity, and it’s under Adelman that Pek has flourished into an excellent NBA player, one good enough that the Wolves inked him to a five-year, $60 million deal last summer.

After struggling with constant foul trouble throughout the scant minutes he played during his rookie season of 2010-11, Pek received a real chance the next season when an injury to Darko Milicic opened a hole in the Timberwolves’ rotation. He took full advantage; while Jeremy Lin captured the attention of the world during his unimaginable outburst that winter, Pek broke out in a subtler but very legitimate manner, averaging 13.9 points and 7.4 rebounds per game for Minnesota. “He worked his tail off, and we had some injuries, and he stepped in and he won the job,” Adelman says. “He’s gotten better each year.”

Pek solidified his status as an up-and-coming center in ’12-13, when he averaged 16.3 and 8.8 per, slowly and steadily making a name for himself as a giant with the ability to outmuscle the biggest of big men and set picks that guards and forwards would need a tractor to push through. He’s a refrigerator-shaped man of pure strength, an attribute earned from hours and hours spent alone and with various trainers in the weight room. “I just like how I feel when I go to the weight room,” Pek says with a slight smile. He’s seated in the lobby of a posh hotel in Philadelphia, PA, clad head-to-toe in Wolves-branded sweats, relaxing a few hours before Minnesota takes on the 76ers toward the end of the preseason. “Nothing else matters [when I’m lifting weights]. I really like it.”

A couple decades ago, the idea that Pek would one day be playing professional basketball in America must have seemed beyond impossible. He didn’t grow up playing ball—like the majority of kids in Serbia and Montenegro, which became simply Montenegro in ’02, he was more interested in soccer—but a gigantic growth spurt in his early teens pushed him away from the field and onto the hardwood. Following high school (during which he played for a junior team) he moved to Belgrade, Serbia, to play for KK Atlas. It was a tough decision—unlike in the United States, where collegiate athletes may wind up with a degree to fall back on if a career in sports doesn’t materialize, players in Europe jump directly into the pro ranks full-time. “You put your whole life in basketball, so if you don’t succeed, you’re in trouble,” Pek says. Two years later, he transferred to Partizan, where he won three consecutive Serbian League titles.

It was a difficult process at first, but the Serbian teams had systems in place where they’d essentially grow players until they became good enough to trade away, so Pek knew at some point an opportunity would present itself. Eventually it did, barely. “The third year [playing professionally] I really needed to fight for my position,” he says. “Basically all my life I’ve been fighting for position.”

He went off to Greece in 2008, signing a deal to hoop for Panathinaikos. He was also drafted by the Timberwolves with the first pick in the second round that year, reportedly falling to the second round because of concern regarding the contract he had signed overseas. Pek didn’t even watch the Draft, learning he was selected after his agent Jeff Schwartz called to inform him. “I just knew for two years I was going to be in Greece,” he says.

His first season in Greece featured tons of team success—Panathinaikos won the ’08-09 Euroleague title and the ’09 Greek Cup. “That was really fun,” he says. “We’d just look at the opponent and be like, ‘We’re gonna beat them.’” On a personal level, Pekovic blew up, receiving with First-Team All-Euroleague honors and earning a reputation as one of Europe’s elite big men.

In 2010, he signed a three-year, $13 million deal with Minnesota, all of his previous accomplishments effectively evaporating once he crossed the Atlantic to join the NBA. “Toughest part is nobody knows you,” Pek says. “Nobody knows what you do, nobody knows how you play. Basically, everything I had been fighting and playing for, it just goes away. It just disappeared in a second.”

And it took more than a second for it to return. That first year was trying, with Pek often wondering if he should just ditch his contract and bolt back to Europe. “I was really at the edge at that time,” he admits. “I was really, like, thinking about going back. I mean, I knew I had three years on my contract, but it was a really difficult time for me. That first year was the most difficult time of my basketball career.”

Conversations with Schwartz kept him on the right path, even when his most/only impressive on-court stats were related to fouls: 181 in 887 minutes, a personal foul for every 4.9 minutes played. One summer, one lockout and a couple months later, though, Pek was a new man. He reduced his foul total to 98 in ’11-12 (in 377 more minutes) and evolved into a slightly less polished version of the player he is today (although it feels wrong to refer to this bruising hulk of a human as “polished” in any sense). He finished third in Most Improved Player voting that season. Even if he was still short of the potential he could someday reach, Pekovic had officially become a real factor in the League. It was the culmination of small opportunities successfully grasped by fiercely fighting for position in various respects over the course of almost a decade—in Serbia, in Greece, in Minnesota.

Something else changed between his awkward rookie year and the season or two that followed: Pek fully adapted to his environment. He came to like Minnesota, making a small group of friends and finding some great places to fish, a pastime he’s loved since he was a boy catching trout in northeastern Montenegro. (Trout also happen to be native to Minnesota.) Plus, he became an important fixture in the Timberwolves’ locker room, his goofy personality—a full flip from his menacing in-game look—helping him bond with teammates. Never mind the damn-near-terrifying tattoos that snake up his left arm, the most recognizable of which is a menacing Serbian warrior stabbing a sword into a pile of skulls. “There’s never a dull moment with Pek,” says Minny forward Kevin Love. “He’s like a court jester. He’s the guy that keeps everybody light. His most-watched movie is The Hangover, the first one. He impersonates Mr. Chow and Zach Galifianakis, who would be [the character] Alan, maybe every day. For us American-born players, hearing his voice in that Eastern bloc, the way he talks, it’s funny hearing him say certain things that just don’t sound normal to us.”

“He’s always showing me funny videos on his phone,” says Timberwolves teammate Ronny Turiaf, who accompanied Pek on a fishing expedition during a day off this past October, the Montenegrin’s love for fishing and fondness for his teammates coming together as one. “He’s always cracking jokes.”

This season, Pek stands as the literal centerpiece of a unit looking to find some—any—kind of forward progress. With Pek (who missed 20 games last season with a calf injury), Love and point guard Ricky Rubio finally fully healthy, the group should be ready to put together a respectable post-season push. Especially because, along with the now-resolved injury issues, the guys have some light but much-needed time on the court with one another under their belts. When Pekovic first began suiting up alongside Rubio in ’11, the point guard would often shock the bearded big man with his signature, impossibly crafty passes. “Now I’ve learned a lesson, now I look for it all the time,” says Pek, who’s averaging 18.0 ppg and 9.3 rpg for the 17-17 Wolves. “Whenever [Rubio] gets the ball, I’m always looking out. You never know. Especially if I see that my man is not paying attention, I know the pass is coming, because I know he sees everything.”

Minnesota could presumably be competing for a 7 or 8 seed in the crowded Western Conference, though several teams seem more than capable of snatching those spots. “I would just like it if we could go to the Playoffs,” says Pek, who hasn’t sniffed post-season action since his time in Greece. “That would be really, really fun.”

And assuming all of their core pieces stay healthy, the Timberwolves are bound to at least be in the mix, fighting hard for positioning. Should be a fun ride for Pekovic, who’s been doing just that all his life.