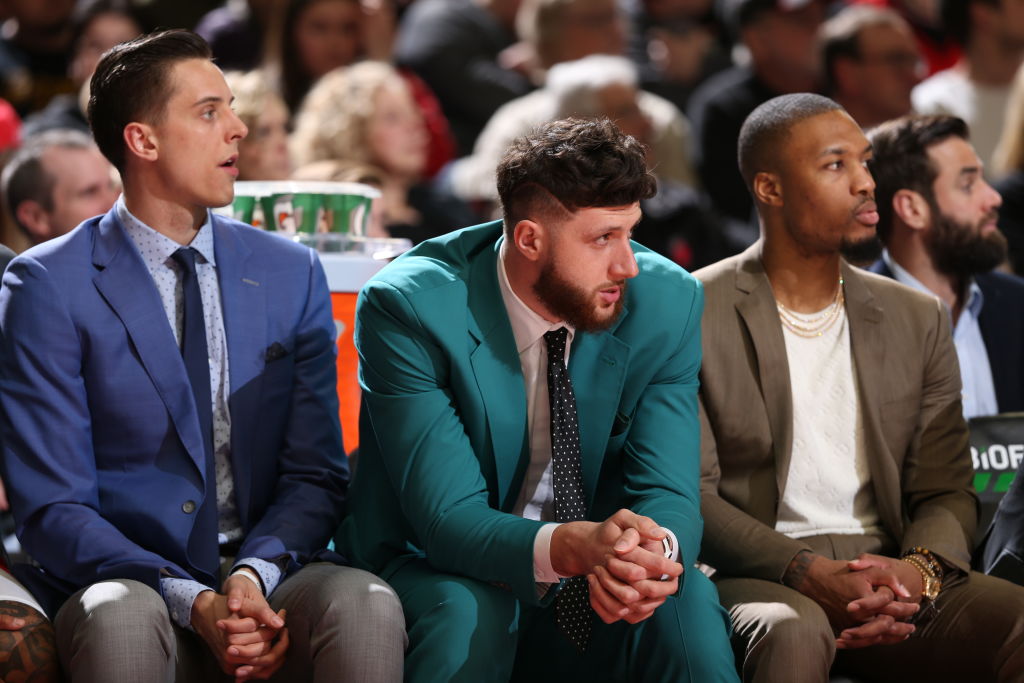 The Portland Trail Blazers have been without frontcourt anchor Jusuf Nurkic for the entire 2019-20 campaign and there’s still no timetable for his return. The Athletic’s Jason Quick relays that the big man needs to log more full-contact practices before jumping back into games.

It’s been over 11 months since Nurkic went down with multiple fractures in his left leg so the fact that he’s progressed as much as he has is a victory in and of itself but a recently suffered calf strain has complicated his return.

Nurkic was cleared for contact on Jan. 22 but has been limited as a result of said calf strain in his right leg. It’s not clear if he’s practiced since then or when he might get the opportunity to do so again. This late in the NBA campaign, teams don’t tend to have as many chances to get full practices in between games.

Quick writes that the Blazers are scheduled to practice on Friday but there’s no indication of how many contact practices Nurkic would need to get through before receiving a green light to play in games, anyway. The team’s next opportunity to practice after that is in the second week of March.

While there was initial talk that Nurkic would be back in the lineup by the All-Star break, it’s clear that new developments have delayed that timeline. Credit the Blazers for hanging on as best they can in Nurkic’s absence.

The Blazers sit ninth in the Western Conference at the moment, within arms’ reach of the No. 8-seed Memphis Grizzlies, despite season-ending injuries to Nurkic, Zach Collins and Rodney Hood.

With the calendar set to flip to March, the window to bring Nurkic back and get him back to game shape is shrinking, but so long as Portland is in contention for a playoff spot, they’ll have every reason to get him re-integrated as soon as it’s safe to do so.