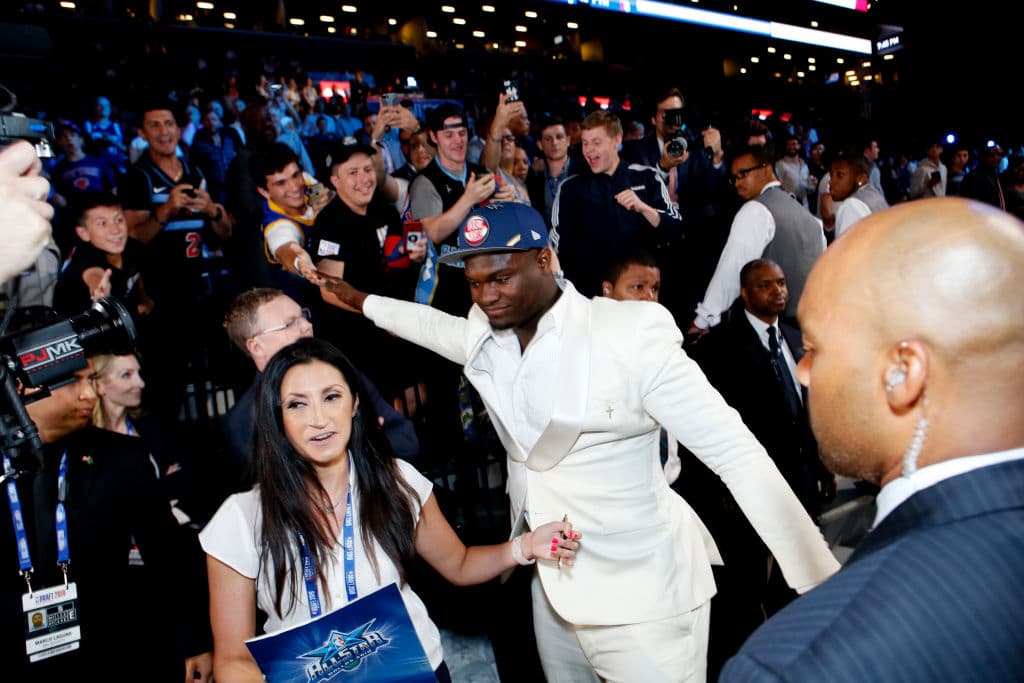 The time has arrived for NBA fans to get their first official big league taste of Zion Williamson. The 2019 first-overall pick will make his summer league debut in Las Vegas tonight at 9:30 pm EST.

Williamson won’t be alone when he lines up to tip-off against R.J. Barrett and the New York Knicks though, here are a few of the notable teammates that will join him on the July grind.

If you can manage to take your eyes off the 285-pound runaway train in his highly anticipated debut don’t forget to check out his supporting crew.

A common gripe for college fans eager to witness Williamson’s magic was that Duke simply didn’t surround him with enough three-point shooting to open the floor. He won’t have that issue in Las Vegas with a handful of long-range specialists in the lineup beside him. Trevon Bluiett, chief among those, shot .375 on 5.7 three-point attempts per game while signed to a two-way deal with the Pels in 2018-19.

It didn’t take long after the NBA Draft for Cheatham to come to terms with a squad on a two-way contract. The Arizona State Sun Devil latched on with the Pels and will hope to prove that he’s worth more than 45 looks at the big league level. Cheatham will have his work cut out for him in a suddenly crowded frontcourt but he’s an athletic forward that can hit the boards and take his man off the dribble.

Williams was a pleasant surprise for a destitute franchise during the grim 2018-19 window between Anthony Davis’ trade request and the NBA lottery. The two-way player came alive in the second half of the season, establishing himself as a potential rotation piece that can contribute across the board. While Williams will have his work cut out for him carving out a role in New Orleans’ revamped lineup, he’s an affordable, 24-year-old depth piece that doesn’t need the ball in his hands to contribute.

Wood is a G League legend and has been for years now. Dude averaged 29.3 points and 14.0 rebounds per game in 2018-19. The catch, however, was that he hadn’t shown that the G League dominance could translate to success at the big league level. In 2018-19, Wood did just that (sort of). Including only games where Wood played at least 10 minutes, he averaged 17.4 points and 8.4 rebounds. The Pels won’t need Wood to channel his inner-Anthony Davis in New Orleans but he could be in line for a battle for third-string duties with Jahlil Okafor.