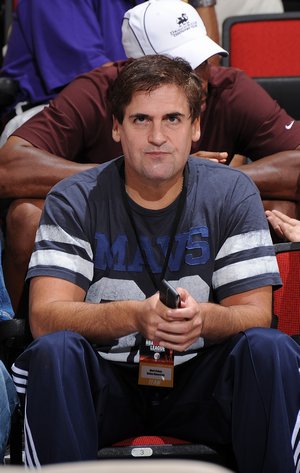 Yesterday, Dallas Mavericks owner Mark Cuban seemed to be in the clear when a judge threw out the insider trading suit against him. But his legal woes are far from over. Cuban’s lawyers aren’t going to get a break anytime soon.

According to a lawsuit by the former owner of the Mavs, Mark has been diverting profits from American Airlines Center to make up for cash shortages in other areas of his business.

The lawsuit claims Cuban covered the Mavericks’ financial shortfalls by obtaining more than $29 million in unauthorized loans through a limited partnership designed to distribute profits from the arena, the American Airlines Center. It accuses the Mavericks and three other companies controlled by Cuban of breach of contract, breach of fiduciary duty and unjust enrichment.

The company that filed the suit, Hillwood Center Partners, is controlled by former Mavericks owner Ross Perot Jr. and holds a small interest in the arena’s limited partnership, Radical Arena. A related Perot company sold the Mavericks to Cuban in 2000.

Yes, that would be the former presidential hopeful’s son going after Cubes and his money.

Cuban hasn’t updated his infamous blog in quite some time; look for that to change very quickly.