Owner Joe Lacob: Warriors ‘Light-Years Ahead’ of Other NBA Teams 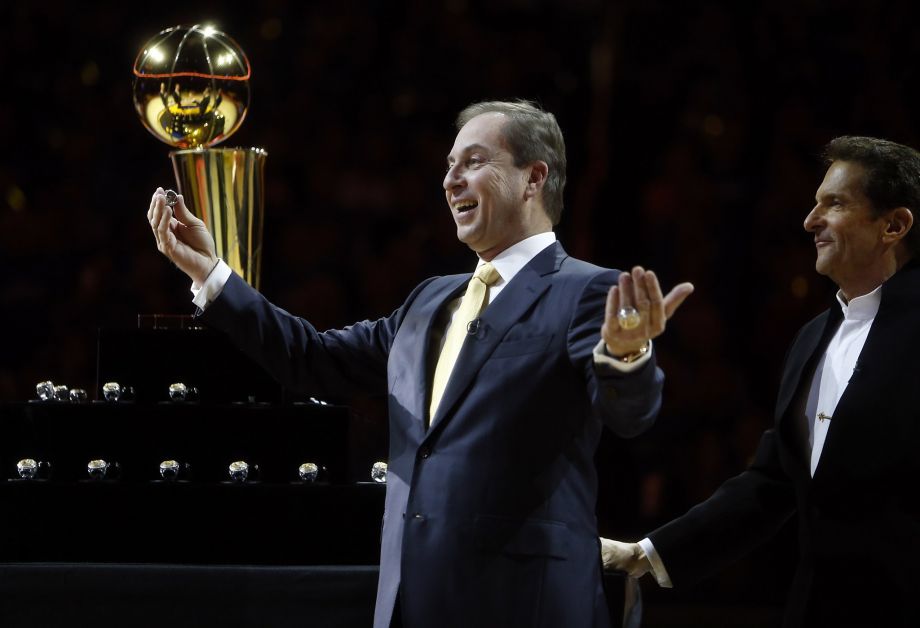 Golden State Warriors majority team owner Joe Lacob is the subject of a lengthy profile in last week’s New York Times Magazine, and the venture capitalist thumps his chest, claiming that the Dubs are “light-years” beyond their competition on and off the court.

It goes beyond lucking into Stephen Curry and his meteoric rise; Lacob argues that the defending NBA champs’ organizational structure and planning give them an insurmountable advantage.

Lacob and a group of investors bought the Warriors in 2010 for $450 million, and came through on a promise of a championship within five years:

Lacob was not the first venture capitalist to buy a franchise, but he is the first to operate one according to what might be called Silicon Valley precepts: nimble management, open communication, integrating the wisdom of outside advisers and continuous re-evaluation of what companies do and how they do it. None of that typically happens in professional sports. Most franchise owners of previous generations became wealthy mastering businesses that did one specific thing, if only because that was the way that people used to become wealthy in America. They’ve run their teams, for better or worse, in the same autocratic, hidebound fashion that they ran those companies. As a manager, Lacob prefers to surround himself with expertise and exploit it.

But Lacob won’t accept that what the Warriors have achieved is a product of anything but a master plan. “The great, great venture capitalists who built company after company, that’s not an accident,” he said. “And none of this is an accident, either.”

He boasted that the Warriors are playing in a far more sophisticated fashion than the rest of the league. “We’ve crushed them on the basketball court, and we’re going to for years because of the way we’ve built this team,” he said. But what really set the franchise apart, he said, was the way it operated as a business. “We’re light-years ahead of probably every other team in structure, in planning, in how we’re going to go about things,” he said. “We’re going to be a handful for the rest of the N.B.A. to deal with for a long time.”