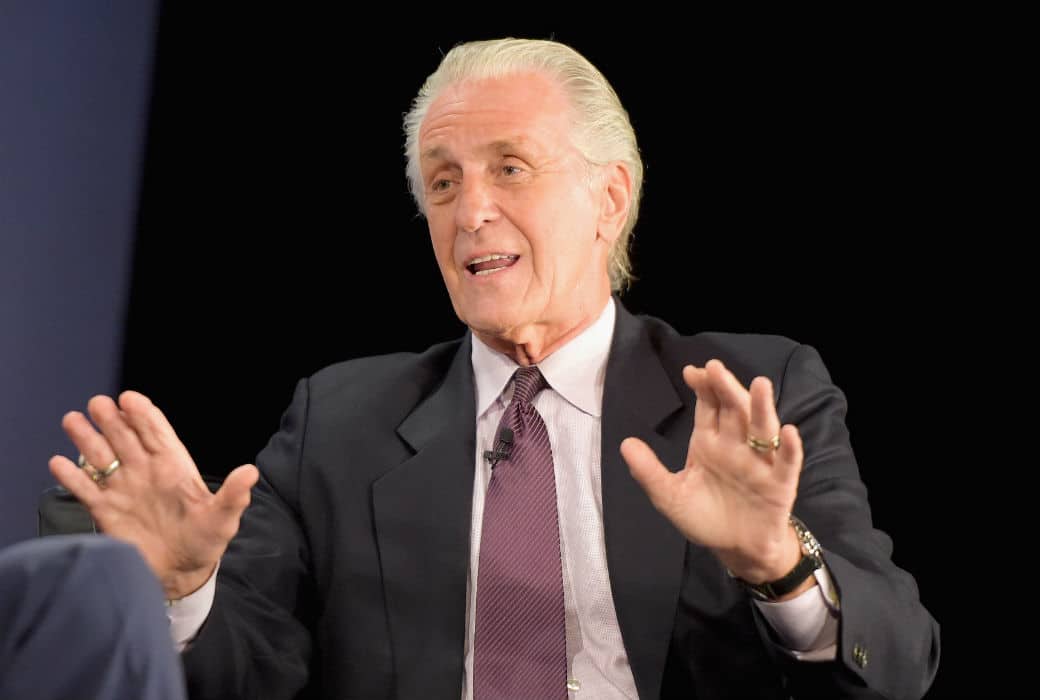 Everybody knows Miami Heat President Pat Riley is never afraid of hunting for the big fish in the NBA’s deep free agency waters. After all, he is the man who once signed LeBron James and Chris Bosh in the same offseason.

But with the Heat’s contract books tied up to pricy long-term deals, Riley’s Heat have simply not had the cap flexibility to pursue any big-time stars on the open market.

But when those deals come off the books in the summer of 2020, Riley will be ready to pounce. In a recent sit-down with Heat broadcaster Jason Jackson, Riley said he will targeting two max free agents when that time comes.

“We’ve done this four times now, had a good group of players, young players, and then either through free agency or through trade brought the superstar in,” Riley said. “in 2020, we’ll have a ton of room. We’ll also have the possibility to have enough room to go after two max free agents. And we’re going to do that.”

Riley went on to praise Miami’s luxurious and appealing lifestyle, as well as the low Florida state income taxes and pointed out how the Heat’s burgeoning young core of Justise Winslow, Josh Richardson and Bam Adebayo could be enticing to stars looking for their next team to latch onto.

“We’re chasing a playoff spot when we’re young. And then we’re going to be chasing some players that can come in,” Riley said. “If we can get one or two players to come in with this group, this young group, then I think the sky’s the limit for this team in the next couple years.”