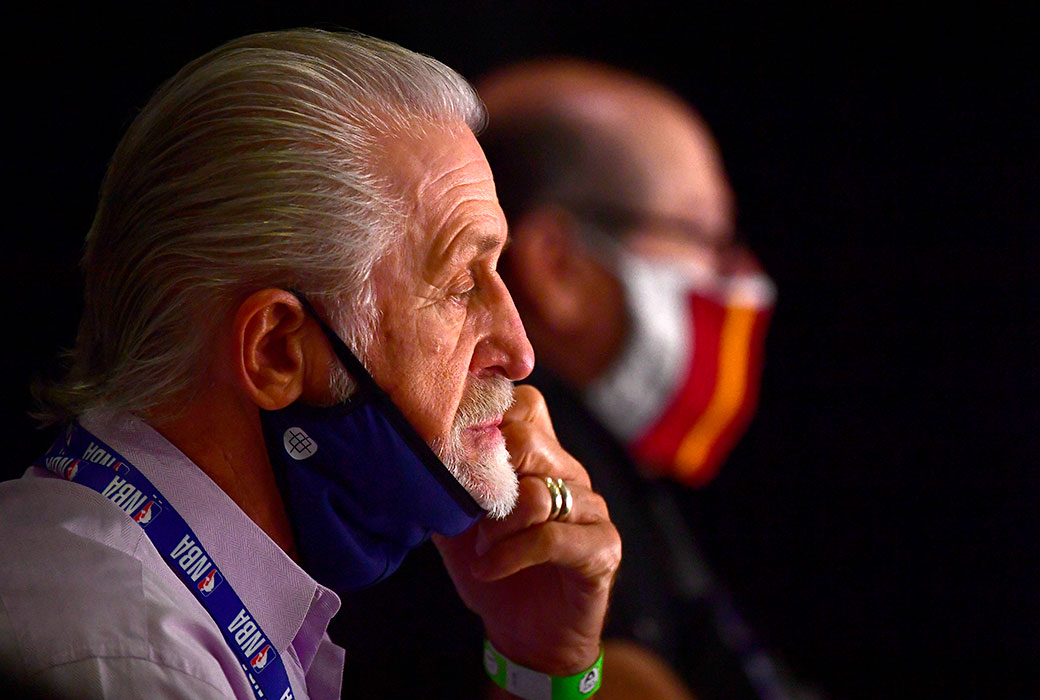 Pat Riley isn’t trying to dwell on the Heat‘s loss in the 2020 NBA Finals, but he can’t help but think what the series would have looked like had Bam Adebayo and Goran Dragic been healthy during their showdown against the Lakers.

The thought bothers him so much that he believes there should be an asterisk beside the Lakers’ latest championship, considering that the Heat might have taken the Finals to a Game 7 had they not been bitten by the injury bug at the most inconvenient of times.

Not that Riley believes Los Angeles didn’t deserve to win the championship: “They beat us fair and squarely,” Riley said this week. “They were the best team. But there’s always going to be that asterisk, that caveat.

“If we had Bam and Goran—Goran was our leading scorer in the playoffs—at 100 percent, it could have gone to a seventh game,” he continued. “But I’m not going to look back on it, I’m just going to look at all the positive things.”

“Yes, I would like to see what it would be like with everybody whole,” Riley said. “But we’ll get that shot again. I’m just so proud of what our guys did… The Lakers were great; they were a great team and they have the greatest player in the game today in LeBron [James] and Anthony Davis.”

Both Adebayo and Dragic played in the Heat’s Game 6 loss, but Dragic had missed the previous four games with a torn plantar fascia in his left foot, and Adebayo missed Games 2 and 3 with neck and shoulder strains.

Neither player was able to perform up to the same level as they had been before their respective injuries. Nonetheless, this is far from the end for this Miami Heat team.