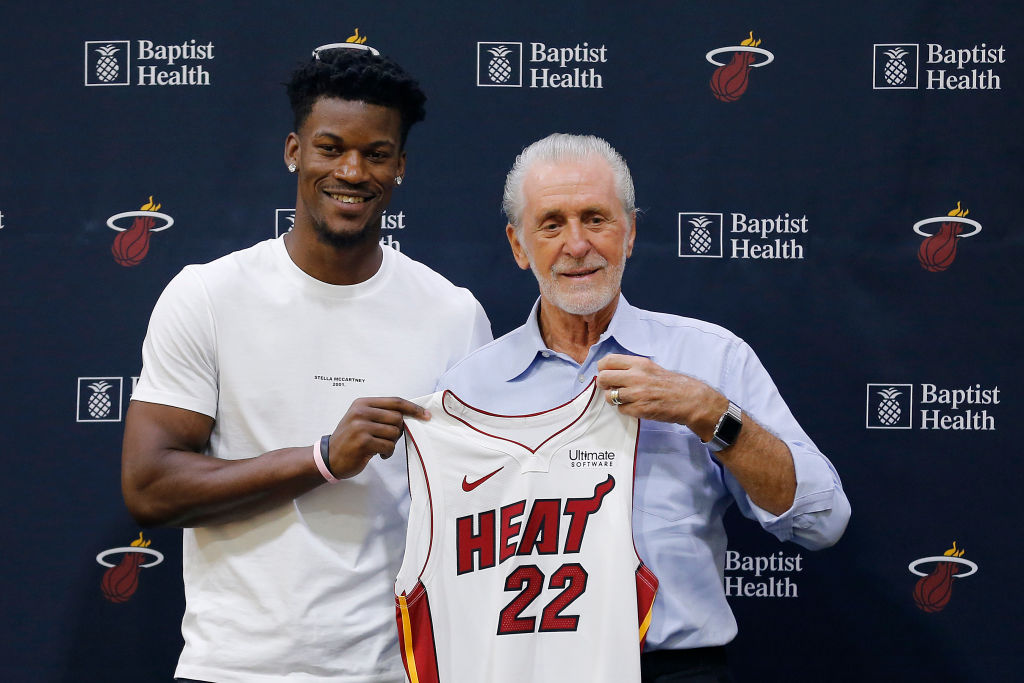 Heat president of basketball operations Pat Riley believes he is “close” to having built another NBA title contender in South Beach.

“The point is we’re right there and we’re a contender, and I’m proud of that,” Riley said in a video released by the team Wednesday.

Miami compiled a 41-24 record, good for the fourth-seed in the Eastern Conference, before the coronavirus global pandemic shut everything down last month.

“We had a very, very good basketball team,” Riley said. “Very well-coached, and I think we proved it on the court night in and night out. We overcame some adversity, some injuries. When that happened, next man up. That’s one of [Erik Spoelstra’s] sayings. I think we were [41-24] or something along those lines and headed to home-court advantage in the playoffs. It was a great year. I’m really disappointed that we haven’t seen the finish, especially after we made the trade when we brought in Andre Iguodala, Solomon Hill and Jae Crowder. I thought that was going to give us a little bit of an edge going into the playoffs.”

The NBA playoffs were scheduled to begin April 18, with the Heat owning home-court advantage in a first-round series against the Indiana Pacers based on the current standings.

“For all of us when we started the season, we thought we had something good,” Riley said. “Especially when we had the opportunity to sign Jimmy Butler. We didn’t really know how great Tyler Herro or Kendrick Nunn or Duncan Robinson, Chris Silva at times and a lot of our young guys, Derrick Jones Jr. And having Goran [Dragic] and having Jimmy Butler and having Bam [Adebayo], who has been around three years and having Meyers Leonard and his infectious personality and Kelly Olynyk. For all intents and purposes, I’m so happy that we turned a lot of things around and we found the right players, the right mix of pick-and-roll players, guys that can post up and really found a couple of guys that can shoot the ball — really shoot the ball — so we’re happy for that and we’re really optimistic about moving forward into the future with these players.”

Whether this season is saved or not, Riley’s goal hasn’t changed. At 75 years old, he wants to build another championship team.

“I don’t have much patience. You know me,” Riley said, with the Heat set to have enough cap space to sign a max player in the summer of 2021. “I want to build another championship team and we’re close. Maybe we need another player. Maybe we need less. I don’t know. The point is we’re right there and we’re a contender, and I’m proud of that.”