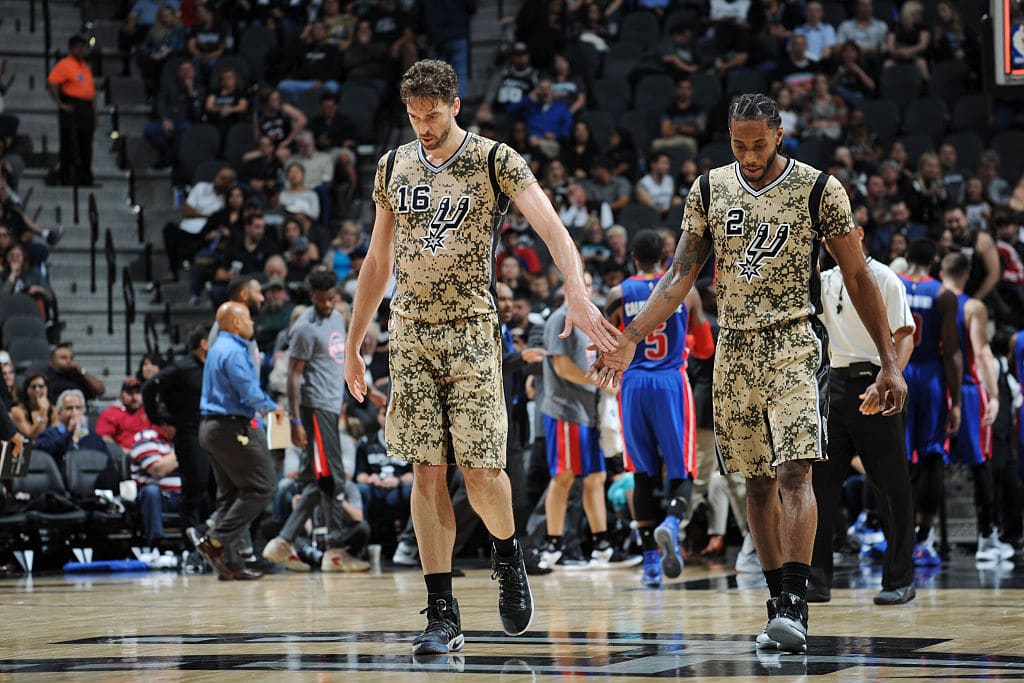 With San Antonio desperately fighting for a postseason berth, Kawhi Leonard remains out with a nagging right quadriceps injury, and Pau Gasol wants frustrated Spurs fans to take a deep breath before criticizing Leonard for not suiting up sooner.

Gasol, who’s been playing with a painful right shoulder since March 5th, says the two-time NBA All-Star has plenty of support in the Spurs’ locker room.

The team remains hopeful that Kawhi will rejoin the lineup before the regular season concludes April 11.

“We humans tend to make a mistake of judging without knowing,” the 17th-year pro said. “So we don’t know exactly what Kawhi feels or has felt or has going on. I think you always have to honor people’s ethics and morals and desire to play and do what you are supposed to do.”

Gasol said he and his teammates remain supportive of Leonard.

“We want to have a positive mentality about it and not be critical,” Gasol said. “It’s not going to do any good (to be critical). We hope at some point, coming down the stretch, all the work he has done individually and throughout the season pays off and he can help us at the end. Hopefully, sooner rather than later because we don’t have much left and we are in a pretty tough position.

“(But) again, we have all been patient and understanding. It must be hard for a guy that is as talented as Kawhi is to have a season like this and to be in the position he is in. All we can do is support him and encourage him and hope that at some point he comes back to help us.”