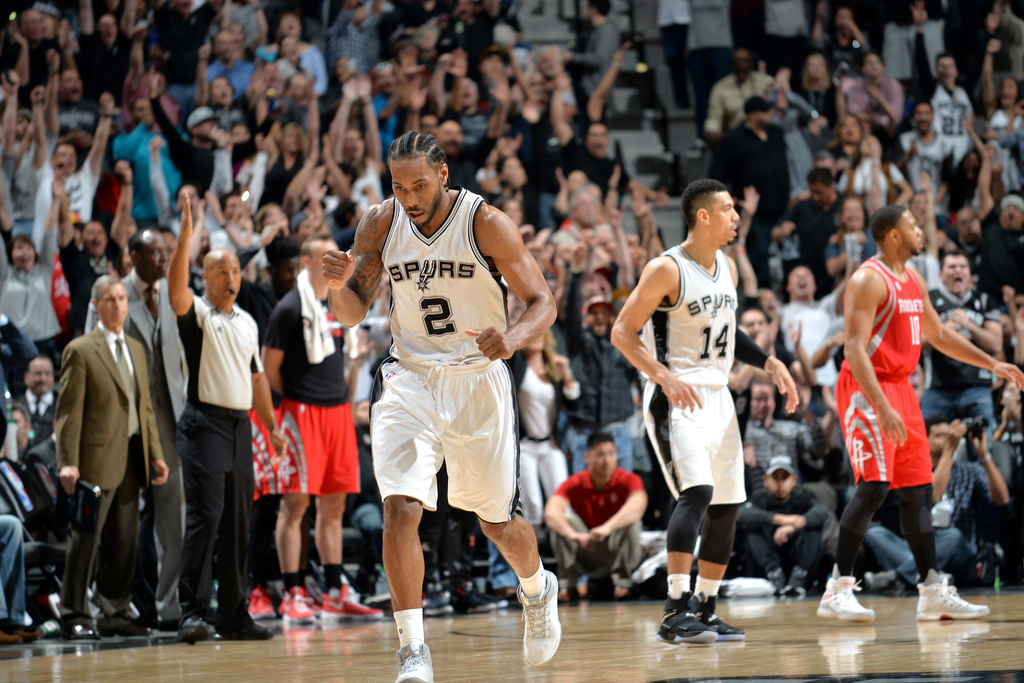 Kawhi Leonard submitted the strongest argument yet towards his MVP candidacy Monday night, in a thrilling duel with James Harden.

Leonard’s heroics, on both ends of the floor, left everyone in awe.

Kawhi Leonard was randomly selected for a drug test after this MVP-esque performance. What are the odds?!

According to Spurs teammate Pau Gasol, Leonard is the clear-cut most valuable player in the NBA.

“I was in complete awe,” (Manu) Ginobili said, after Leonard’s late heroics spearheaded a 112-110 come-from-behind victory over Houston. “I couldn’t believe what he did.”

Leonard finished with 39 points, his fourth consecutive 30-point outing and 23rd of the season, to lead the Spurs. […] Harden, widely considered the frontrunner for the award, also scored 39 points to go with 12 assists.

“The block is what makes him special,” Spurs coach Gregg Popovich said. “Obviously, the three … everybody does that. But I don’t know who goes on the other end and does what he does. Not many people on a consistent basis.”

“He’s not the guy that just puts up 30 points and that’s it,” Gasol said. “He makes huge plays defensively. So to me, he’s my MVP.”