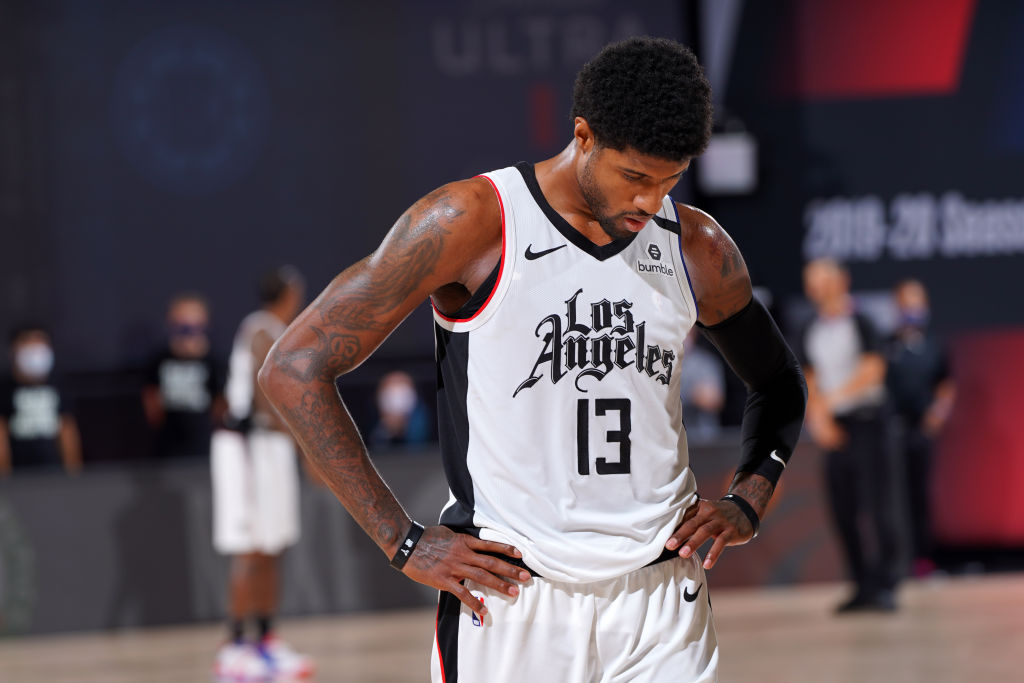 After their Game 7 loss in the Western Conference semifinals, Los Angeles Clippers forward Paul George made a pitch to his team about staying committed and bringing everyone back next season. The franchise had high expectations in 2019-20 but came up rather short.

“We can only get better the longer we stay together and the more we’re around each other,” George said, according to Shams Charania of The Athletic. “I think that’s really the tale of the tape of this season. We just didn’t have enough time together.”

The appeal was met with skepticism, Charania reports, noting additionally that throughout their short-lived playoff run, multiple teammates had verbal spats with George, with concerns over his lack of accountability.

This isn’t promising for the Clippers, as it appears their chemistry just wasn’t there, regardless of how much talent was on the roster. If they are going to take that next step in the 2020-21 season, perhaps some roster shakeups will need to be made to get the right personnel around the team’s two superstars.

Paul George wasn’t particularly dominant in their Game 7 loss, scoring just 10 points on 16 shot attempts. It was a disappointing end to his first season with the team after being traded away from the Oklahoma City Thunder last summer.

The Clippers will have decisions to make this offseason to ensure the team is better equipped to make a deeper run next postseason. The first of these decisions will be around Montrezl Harrell and Marcus Morris, who are set to be free agents.

Despite the free agency concerns, however, George and Kawhi Leonard remain committed to playing together and making title runs in Los Angeles.