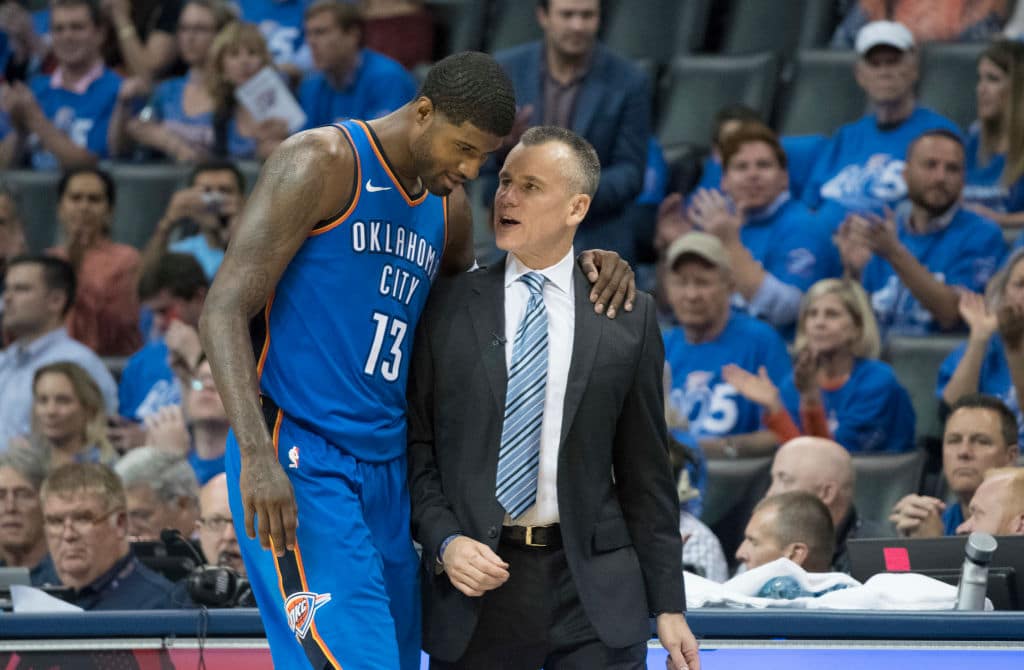 Both Paul George and Carmelo Anthony pushed back against the theory that the Thunder locker room has turned on head coach on Billy Donovan.

George says Donovan has the players’ respect, and that it’s on them to turn things around.

Paul George on the respect level for Billy Donovan: “There’s no line of disrespect at all.” pic.twitter.com/UTDawHgPc3

Anthony raised a few eyebrows by skipping his media obligations following Monday night’s 116-103 home loss to the Charlotte Hornets, and insisted it had nothing to do with feeling frustrated with OKC’s struggles this season.

Carmelo Anthony put and explanation to his dip out on the media after the Thunder's loss. Then, he and Paul George vouched for Billy Donovan: https://t.co/B5XRbuZE9D

After the Thunder was blown out by the Hornets, Anthony skipped his media responsibilities. On Tuesday, Anthony apologized for leaving early, saying he was FaceTiming with his son, who lives in New York City.

“No one’s going against Billy,” George said. “He’s given us an incredible gameplan all season long. There’s a high level of respect for his position and what he’s wanting from us. There’s no line of disrespect at all toward what Coach wants us to do.”

Related
Paul George on OKC’s Struggles: ‘At Some Point It’s Got To Stop’