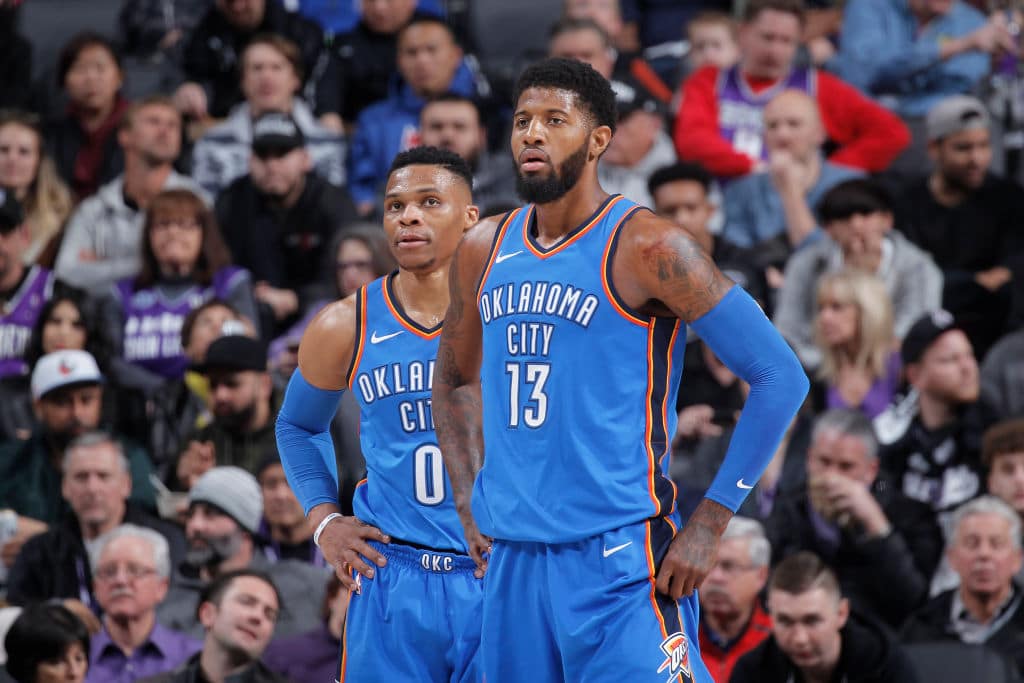 Paul George and fellow players know that you need a superteam to have a chance at dethroning the Golden State Warriors.

Even “the best guy in our league right now couldn’t do it” alone, says George.

Nothing has powered the new wave of super teams in the NBA quite like the resurgence of Team USA.

“If you don’t have a superteam, or three superstars, or three all-stars on your team,” John Wall said, “it’s very hard to win.”https://t.co/ReXfn9s4BR

PG argues that naysayers simply haven’t caught up to the reality of today’s NBA.

“No team has won [a title] where one single guy was the lone star and it was their team. It’s not that era. I’m not sure how the veterans, the legends, don’t understand that part,” said George, who stayed with [Russell] Westbrook by re-signing with the Thunder this summer. “It’s a different game now. For those guys to chime in and say we’re not built the same … I never understood that, because who would we be fooling if we went out alone and tried to go up against the Warriors?

“The best guy in our league right now couldn’t do it. [LeBron James] got swept [in the 2018 Finals]. So that just goes to show you at this point what it takes to win. Because you need guys that are alike talent-wise and skill set-wise to win championships.”

“Back in the day, guys were stuck on teams,” George said. “It was up to the front office to build around that one guy, and that one guy was going to bring championships to them. It’s not the same now … [players] understand that, and we know what it takes.”