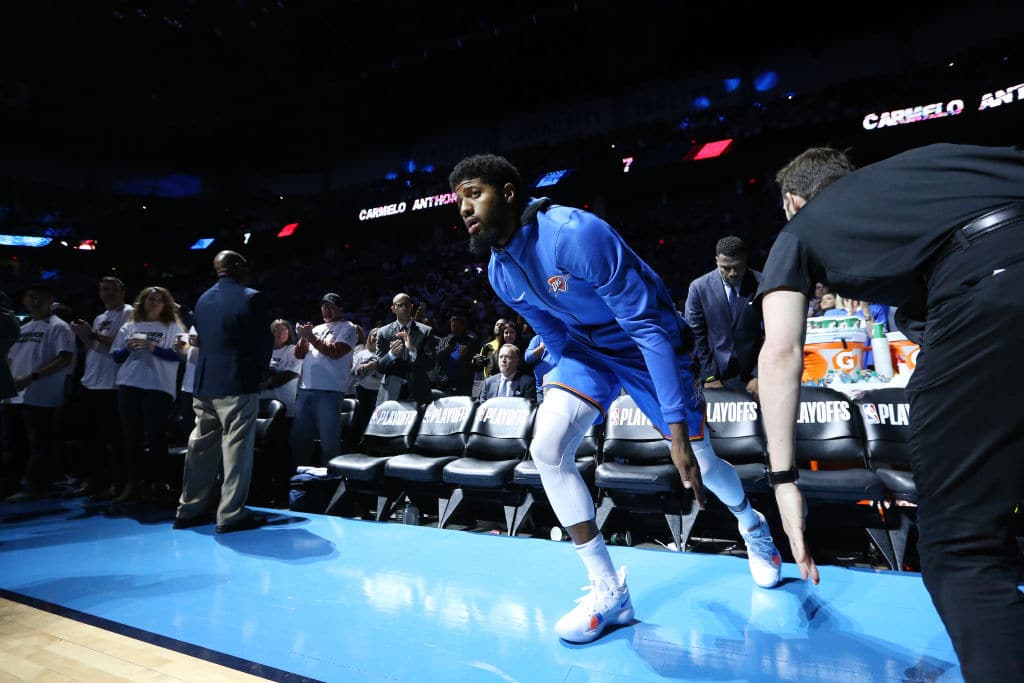 The All-Star forward is expected to miss six-to-eight weeks of offseason training.

In the regular season, George only missed three games: Two consecutive games against Brooklyn (Dec. 7) and Memphis (Dec. 9) with what was called a right calf contusion by Thunder staff, and another game with left knee soreness against Milwaukee on Dec. 29.

In an April road win against Atlanta, George said he suffered a left hip contusion, which was re-aggravated in the Thunder’s first-round playoff series against Utah. George also battled what he called right forearm tightness all season.

George has a player option for $20.7 million for this season, but is expected to decline it to become one of the offseason’s most highly pursued free agents. George’s player option must be exercised by June 29, two days before the start of free agency.