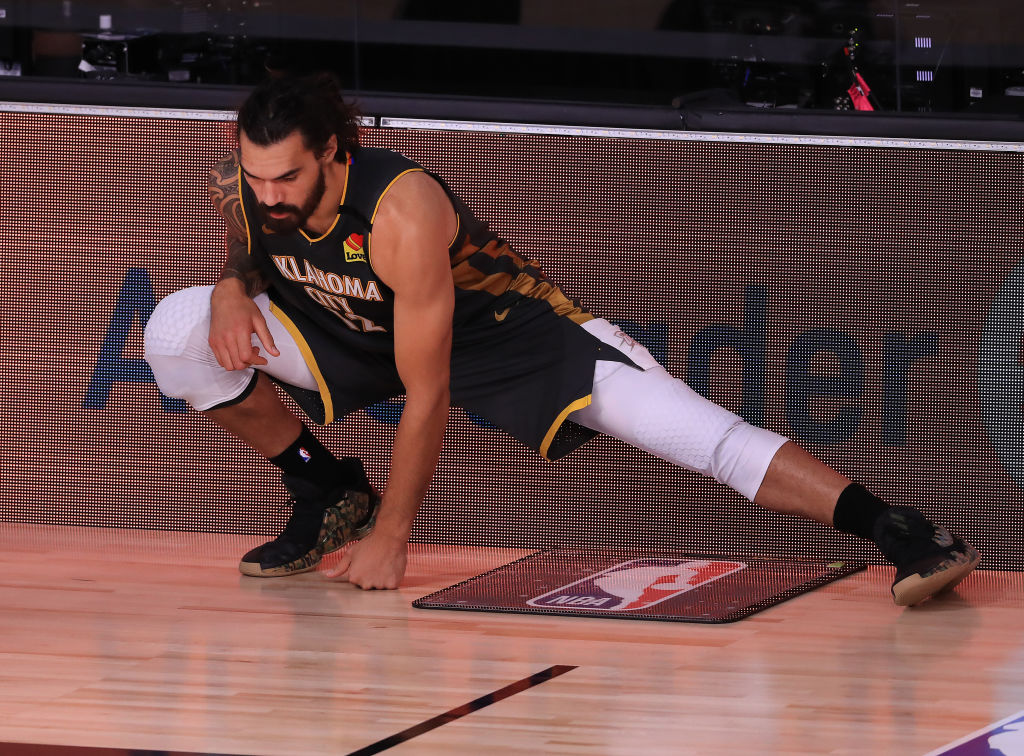 The Oklahoma City Thunder and New Orleans Pelicans are in serious talks regarding a potential Steven Adams move, Shams Charania of The Athletic reports.

ESPN’s Adrian Wojnarowski adds that the Adams acquisition could come by expanding upon the still-not-finalized Jrue Holiday swap with Milwaukee earlier this week.

The addition of Adams would fill a gap in the Pelicans’ rotation created by Derrick Favors’ decision to return to Utah.

It’s unclear what New Orleans would be parting with in return for the big man, owed $27.5 million in 2020-21, but Wojnarowski adds that it’ll include future draft picks. Adams averaged 10.9 points and 9.3 rebounds per game for the Thunder in 2019-20.

With Adams on board, the Pelicans would be able to slot him in at the five next to Zion Williamson. Favors and Jaxson Hayes manned the position in 2019-20.