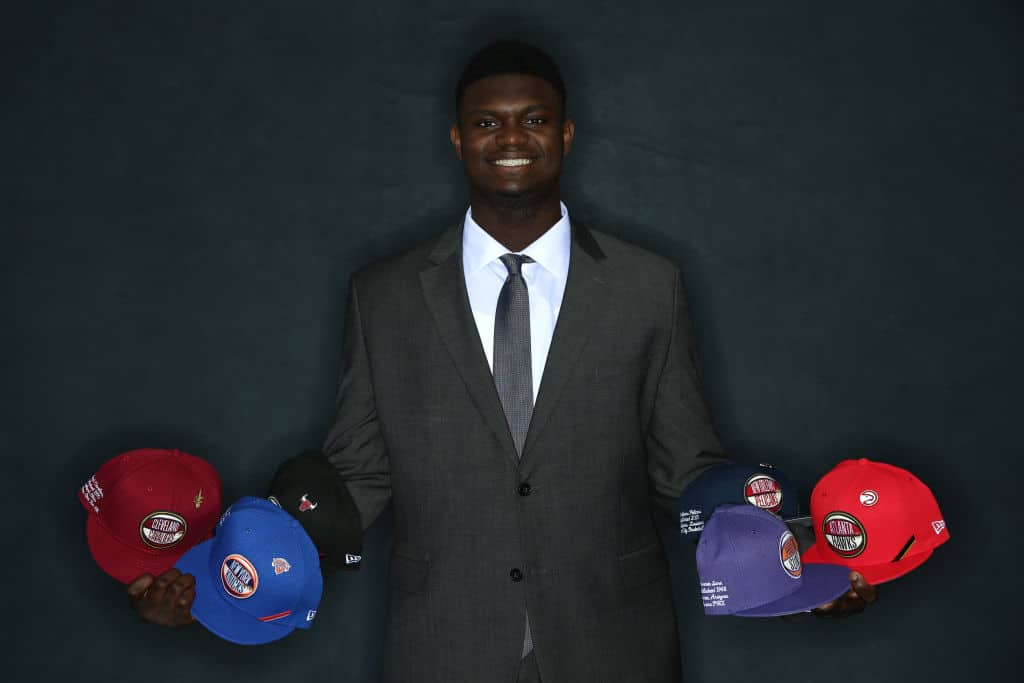 The New Orleans Pelicans have won the first overall pick in the 2019 NBA Draft Lottery. Suddenly the future of an organization that had been strong-armed into entertaining trade packages for their franchise pillar has another cornerstone to build around in Zion Williamson.

Two other teams had good fortune today, both the Memphis Grizzlies and Los Angeles Lakers vastly improved their draft standing heading into June. The Grizzlies will have a shot at Ja Morant at No. 2 (and thus an existential crisis on their hands with regard to Mike Conley).

The Lakers have crept into the top four and will have a shot at the likes of R.J. Barrett and Jarrett Culver, depending on what the Knicks do at No. 3.

All told, the Lakers climbed seven places in the lottery while the Pelicans and Grizzlies each climbed six. The losers of the day were the four worst teams in 2018-19, all of whom had bad-to-horrible results. The Knicks fell two spots and the Cavaliers and Suns saw their 52.1% chance of a top-four pick evaporate.

Of course the rest of the draft picks have been set since the league broke it’s win-loss tiebreakers last month. Here’s how the back half of the first round will look like…

Other Stories From The NBA Draft Lottery:
Draft picks that will and won’t change hands due to previous trades
The financial impact of NBA lottery picks
The newest rules that changed the way the lottery worked