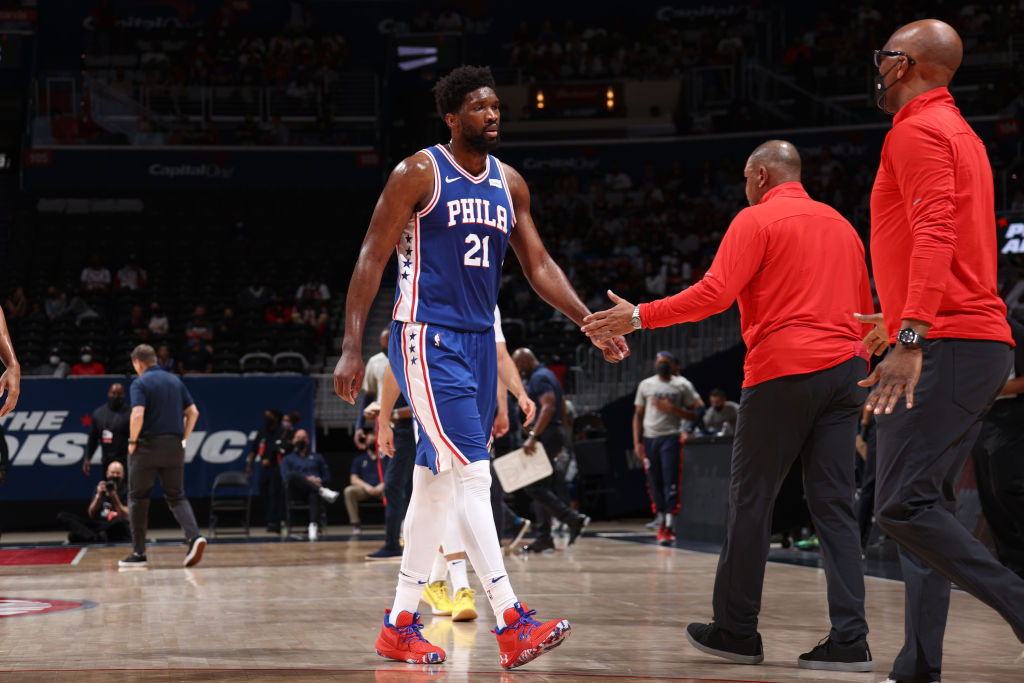 Philadelpha 76ers center Joel Embiid has been diagnosed with a small meniscus tear in his right knee, per ESPN’s Adrian Wojnarowski.

The Sixers’ franchise pillar, who is already listed as out for Wednesday night’s first-round matchup against the Washington Wizards, will be day-to-day.

Wojnarowski adds that “managing potential swelling and pain on the knee will play a significant part in how soon Embiid returns,” and that “the injury will be managed with a physical therapy and treatment program.”

Embiid, who has been stellar thus far in his third career playoff series, is no stranger to knee injuries after having missed several games with meniscus tear during his rookie season and missing multiple games this season after hyperextending his knee.

That said, there’s no reason to believe that Embiid won’t continue to dominate upon his return, as the five-year pro is one of the most talented big men of his generation.