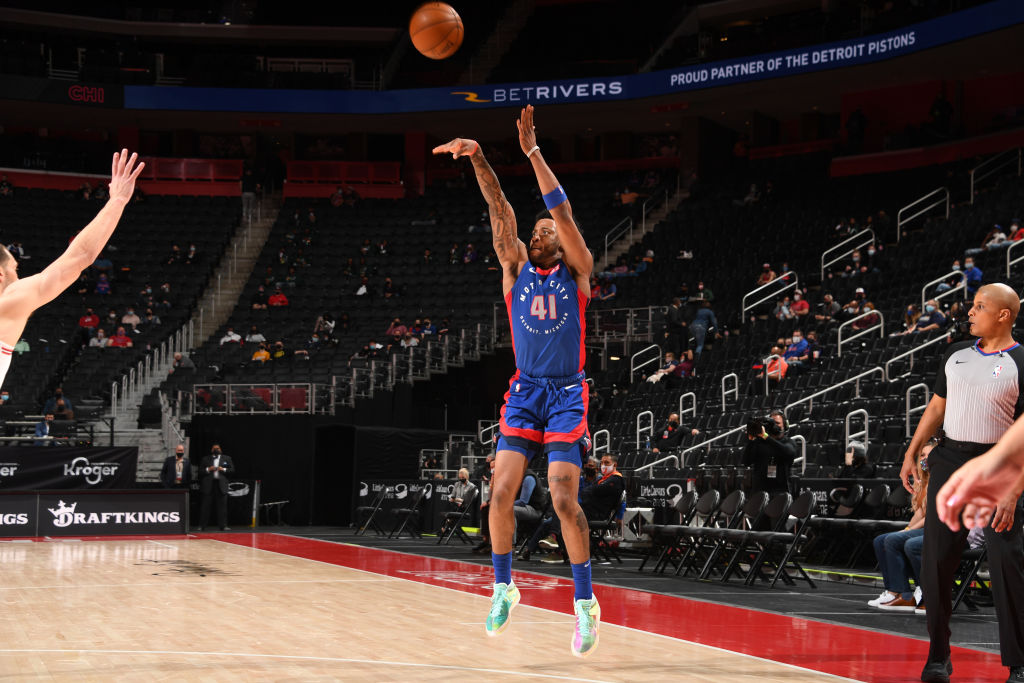 Detroit Pistons rookie forward Saddiq Bey, the 19th overall pick in the 2020 NBA Draft, has been one of the league’s best young players since entering the league and he’s only continued to impress.

He was known at Villanova University for being a defensive player and excellent shooter, converting on .451 percent of his attempts from deep in his final collegiate season. That’s translated into the NBA, as Bey has already established himself as a 3-point specialist as well during his rookie season

Bey has made 111 3-pointers this season, holding the Pistons’ franchise record for the most 3-pointers made in a rookie campaign. Bey passed former top-10 pick Brandon Knight to take the top spot, who had previously set the record with 106 in the 2011-12 season.

With 21 games left in the season, he’ll all but certainly add to his numbers and raise the bar for future rookies to break his record.

Bey is shooting .381 from beyond the arc through 49 games this season for the Pistons and knocking down 2.3 threes per contest. Turning 22-years-old today, Bey looks to have one of the brightest futures of any in his rookie class.